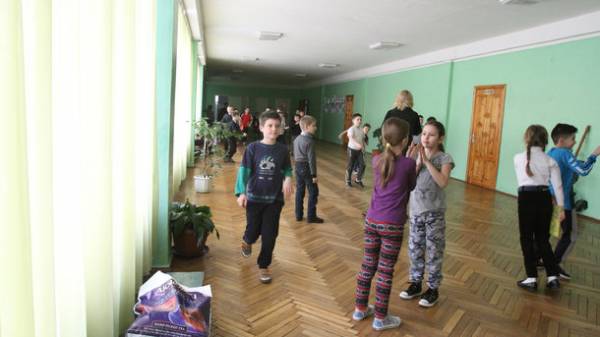 Political life in Ukraine was resumed. Perhaps, the deputies wanted to start the fall season relaxed, but the Executive power did not give them to do, from the first day put the question of reform and the budget.

THE BUDGET TRILLION. The budget process 2018 began on Wednesday — the Ministry of Finance submitted the draft to the government. All its details, Finance Minister Alexander danyluk not announced and the document itself is never laid out, but some positions are already known. Revenues, according to the Minister, for the first time planned at more than a trillion hryvnia.

Of course, the figure itself is impressive. However, adjusted for inflation, which in recent years is double-digit, looks not so great. If converted to dollar equivalent at the current rate, or even get about $40 billion, which is not bad compared to the 2015-2017 years, but still less than in 2013.

SWING EDUCATION. The Parliament was immediately puzzled by the education reform, forcing the deputies to do it almost immediately after opening statements. Discussed the bill on second reading and finally adopted late on Tuesday evening. The voice was even with a reserve.

The adopted law has four key points. First, returns of 12-year education adopted by Viktor Yushchenko and cancelled under Viktor Yanukovych. Secondly, the curriculum is simplified. Third, secured the transfer to local funding commitments (however the influence of local authorities on the formation of school programs decreases). Fourth, advances are being made in Ukrainization of education: in 2018 in schools with instruction in languages of national minorities introduced a gradual (starting with grade 5) the decrease in the number of subjects that are taught not in the language, and from 2020, the teaching of the languages of national minorities in General should disappear.

However, the swings that we have in politics and education, show that just such tough decisions are often not implemented. 2020 is after the presidential and parliamentary elections, which can turn the situation in the country.

THE DISPUTE ABOUT THE PEACEKEEPERS. International the number one issue was the theme of the peacekeepers. Picked it up the President of the Russian Federation at the BRICS summit held in China. There, he unexpectedly stated that Russia for peacekeepers, but only on the demarcation line, and that this proposal will be submitted to the UN security Council.

In Ukraine, the offer is accepted ambiguously. The BPP said that the peacekeepers should not only be on the boundary line and across uncontrolled territory. And the Opposition bloc — what you need to accept peacekeepers on the demarcation line, to stop fighting and to begin the process of implementation of the political part of Minsk agreements.

A similar debate is taking place at the international level. So now we cannot say which option will be the main. More realistically, what did the peacekeepers on the demarcation line as the starting position is the coordination easier and the real truce it will bring faster.

RALLY CARS-“who cross the border illegally”. Wednesday near the Parliament went on strike the cars. More precisely, foreign cars with foreign license plates, whose owners bought them cheap in the EU and now do not want to pay expensive customs clearance. Since that day itself the Verkhovna Rada was not in session, the only real effect of the rally cars were terrible traffic jams in the center of Kiev.

Discussion in social networks has shown that even among the politically active part of the population the demand to reduce customs duties has fewer supporters than opponents. Most likely, and most of the other citizens it also will not be understood, because even uncleared car today is a luxury. But taxes go to the budget and to somehow help the state.

NEW BUSINESS old President. Bad news for the former President of Ukraine Viktor Yanukovych: now, in addition to infidelity, it is accused of seizing power — the abolition of political reform of 2004 and the transformation of a parliamentary-presidential Republic to presidential-parliamentary. The partner in this case is former Minister of justice Oleksandr Lavrynovych.

However, perhaps Lavrynovych for such charges hooked up for nothing. He is an experienced lawyer and is located in Ukraine, so everyone already explained that the accusation has no legal basis.

The political reform of 2004 was adopted with violations, and the constitutional court has the full right not only to say that, but wrong to cancel the new law.

Another thing that looks weird when not in the Parliament changing the constitutional structure of the country, and constitutional court judges. But the strangeness is not a violation of the law.

REQUEST FOR MIHO. Bad news for the former President of Georgia Mikheil Saakashvili, his former homeland has sent Ukraine an extradition request. Now there is a theoretical possibility that the Georgians will want to issue them their former leader for his conviction for abuse of power.

It is unknown whether this is in Tbilisi for real or just play along with the Ukrainian authorities. But now announced on September 10, the return becomes for the ex-President of Georgia in Russian roulette: the probability of a shot is small, but it exists.