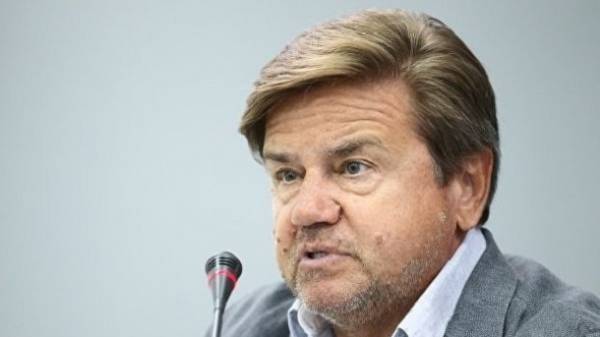 Prospects for discussion of immunity of five deputies commented to From-ua political scientist Vadim Karasev. “The process of consideration of submissions on the withdrawal of immunity can seriously change not for the better relations between the Parliament and the NEB”, – the expert believes. “Up to the present time the majority of deputies supports the work of the NEB, as in their decisions and in public statements. The office received a very decent budget for their work, high salaries, and social security. Was also significant the chances of adoption of the law on the right of NABOO for direct access to phone conversations – online “wiretap”, – said Karasev.

“But what we see now? In most representations, the investigation was conducted at all without NABOO. But the deputies thought that they were accused only to that body? But if their past can be engaged in any other law enforcement Agency, but then why appease NABOO?

In those cases that have shaped the detectives Bureau, appears more and more ambiguous parts and procedural violations. Contradictions arise in the method of collecting information of the operational staff. They were introduced in the Parliament on all laws of a detective movie undercover, hung with equipment and packs labeled dollars, etc. etc. Perhaps this operation in the style of American fighters looks fun, but not entirely consistent with the rule of law and the necessary procedural decisions. Deputies and their assistants almost forced into illegal actions, and they strongly refused. In the case of the Rosenblatt urged him in fifteen restaurants of Kiev to perform certain actions, then in a bag with the money, which immediately disappeared somewhere.

MP Poles generally refused to cooperate with undercover agents to restaurants with them did not go, money is not extorted, but nevertheless the detectives and prosecutors accuse him of corruption act. It is unlikely that such shaky evidence to convince the members of the regulatory Committee of the need for the lifting of his immunity. Despite the simultaneity of the introduction of representations, as it turned out, there is no “case of Rosenblat and Polyakov” is a separate story with a separate story and different charges.

While examining the Affairs of the five deputies in the procedural Committee – the Rada may finally approve the Commission on audit NABOO. Naturally, in hot pursuit of debriefing and procedural violations, auditors will be asked to give a legal assessment of the actions of the investigators in the cases against the MPs. Including to assess these actions in accordance with the European standards. While Europe is known to be very possessive about the protection of the rights of the defendants and had every precedent to issue of the decision of the court of human rights.

If the Committee hearings will pop up the facts of violations during operational and investigative activities, it may serve as the basis for the negative conclusion of the audit, and then in the autumn the Parliament will have to listen to the personal file of the Director of NABU”, – predicts analyst.