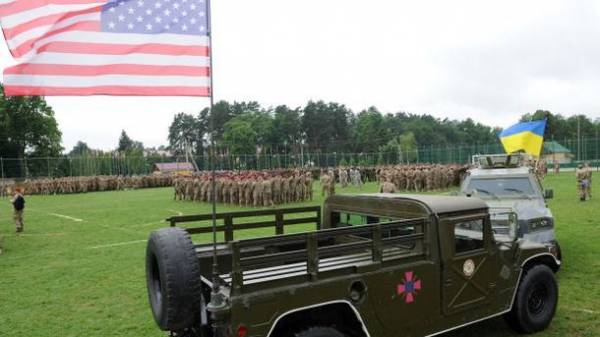 Exercise Rapid Trident-2017, which will be held in Ukraine and with the participation of several countries, including th United States, are not intended to counter Russia, in particular due to the Belarusian-Russian exercises “West-2017”. This was stated on air of TV channel “112 Ukraine” the head a press-services of study Anton myronovych.

According to him, only from the USA will arrive about 400 people.

“It would be quite a large delegation from the US army, almost 400 people, it is also expected that large numbers will come from Moldova, Romania, Poland, etc. Will be attracted by some tens units of armored vehicles, automotive vehicles and 2 helicopters MI-8, plane an-26. I know for sure that several countries, Ukraine, Georgia, Turkey, Moldova, they will be financed, in fact, it is their participation, on the part of the U.S.,” said Kirov.

At the same time, he stressed that the teachings are not opposed to Russia.

“These exercises were not designed to counter Russian aggression, including opposition to the training that starts next week (West 2017). The soldiers of different countries worked out joint actions in order to gain full interoperability when performing certain tasks, – peacekeeping missions and stabilization”, – said the defense Ministry.

We will remind, the international exercise Rapid Trident-2017 will be held in the Lviv region from 11 to 23 September.