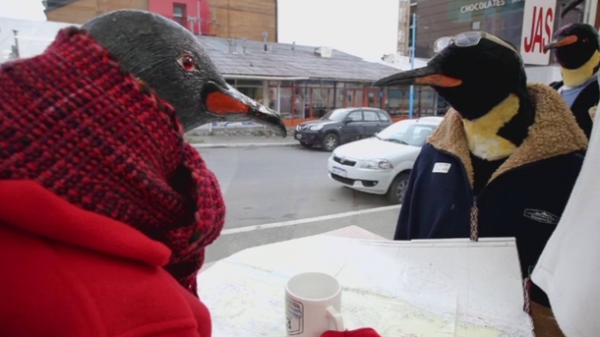 We found out why on the edge of the earth ties, and lives as the southernmost port on the planet. The path of the twelve explorers, and also the journalist and the operator of the program “Today” (channel “Ukraine”) on a continent of ice lying across Italy and Argentina. Last stop before Antarctica — Ushuaia, which can be called the edge of the earth. And Of Fire. Here is the port that serves as the gateway to the South pole. On the ice-bound ocean.

“Look at the buildings in two or three floors. And hardly think that it is the center of tourism. But the city lives at the expense of visitors — there are more than a hundred of hotels and hostels,” says journalist Alexander Makhov.

It is a zone of free trade, and the prices here, according to Argentine standards, is very nice. In addition to a gift of penguins, then sell local liquors and liqueurs, suisque jam (rose petals, strawberries, pears and apples), and even homemade chocolate. From the selection of seafood dizzy, although tourists choose huge crabs. They cooked on an open fire with spices. The usual servings of there paying $20 (560 UAH), you can eat octopus, crabs and mussels as they want. Very beautiful — the mountains, exit through the Bay into the ocean. Sunrises like a cross between marshmallows and candy.

However, now in Ushuaia there are few tourists; according to the employee of the local Agency of Solange, Fienberg season — from November to March. A ticket on a ship to Antarctica worth $7 million (196 thousand UAH), although it is now customary court does not go into the ocean — around solid icebergs. Bad weather has played a cruel joke with the Ukrainians. The delegation had planned to go to the station “Akademik Vernadsky” on April 4. But the storm has confused plans. To leave the city was only 5-th. They have three days to go a thousand miles. The path lies through the most dangerous part of the Drake passage. “There’s always a storm. I went through this Strait four times, and only twice it was “smooth”. And the conditional — rough seas on 6 points,” says meteorologist Alexander Soulas.

TIES AND WAGES. The expedition was assembled a team throughout Ukraine from biologists, geologists, meteorologists and doctors. Throughout the year they will diet submariners — meat, fish, red caviar. Salary — 15 thousand UAH, although recognised that it is not the money for which a year away from home. For example, a polar Explorer from Odessa home, have a wife, pregnant with my third child. Amount of Luggage is strictly limited to only 21 kg per person. The members of the expedition try to take on more flash drives and memory cards to capture the beauty of the South pole. And most of all explorers want to see unique natural phenomenon — the “frozen air”. Mandatory attribute for each member of a team shirt and ties. In this outfit the team meets on Saturdays and celebrates birthdays. 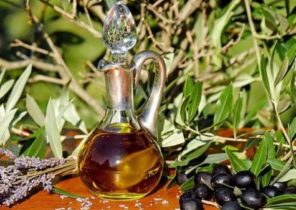