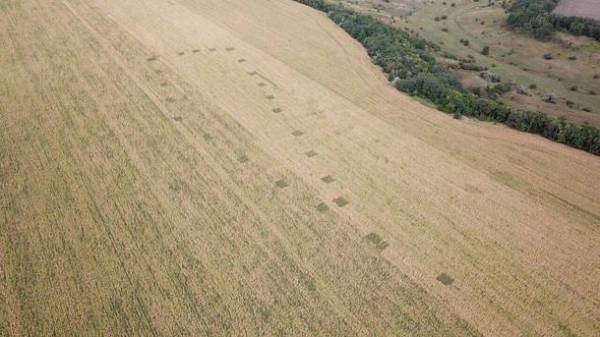 Ukrainian police to master modern methods of dealing with crime. Drones, drones, quadcopters — these terms are called the small aircraft operated by a man from earth.

As told “Today,” first Deputy head of the national police of Ukraine Vyacheslav Abroskin, who created a division of Aero investigations, which will help not only to identify the facts of the crime, but, perhaps, to detain the attackers. “Drones have not yet so much five. We use them for the detection of illicit poppy and cannabis. Drones are useful for the discovery of places of illegal extraction of amber and coal, and during the persecution of criminals,” — said Abroskin us.

According to him, the use of Aero investigation has already yielded first results. Recently police units to combat drug-related crime by using drones found 36 sites in Dnipropetrovsk region, sown with hemp. “Already arrested 37-year-old citizen, who organized the process,” — said Abroskin.

Using drones police are hoping to facilitate his work in many areas. “In addition to the detection of illicit crops, drones can help to identify poachers and illegal mining. In addition, drones will help to identify illegal logging and monitoring traffic conditions on highways and to help find stolen vehicles,” — said the head of the Department of aeropagitica when the patrol police Department Vitaly Feschenko.

According to him, the quadcopters will be able to detect pockets of forest fires, and also will help to look for lost in the woods citizens. And conduct reconnaissance from the air at those sites where, for example, barricaded criminals. In national police add that now drones are most effectively used in the Dnipropetrovsk and Kyiv regions. In plans — creation of special groups of Aero investigations in each region.

Security officials say that the prospects for the use of drones has seen not only the police. Little by little they are armed and border guards to monitor the situation on the borders of the country. Especially in the border areas. In the summer, the state border service has reported that one of such devices have already adopted the Kharkov frontier guards. Informed their colleagues in the Transcarpathian region began to use drones for reconnaissance of the situation in remote places. Their purpose is to smugglers and illegal migrants.

Abroad police drones often perform extraordinary tasks. For example, in Japan the police have tested a drone that will fight against drones offenders. The task of the police of the Quad to throw a special grid on the “flying intruder”, flown on the protected object. In the EU the police is also constantly experimenting with drones: equip them with devices for spraying tear gas or arrange training chasing a criminal in an urban environment. With regard to the prosecution of suspects, cops abroad came to the conclusion that the use of a drone is much cheaper helicopter. But if the offender fires back, and to save the life of a police officer. The important thing is that the drone is often invisible to the perpetrator.

This gives you the opportunity police patrol quickly to apprehend the culprit. In addition, in some countries, drones are often used to patrol the perimeter of a protected critical object.