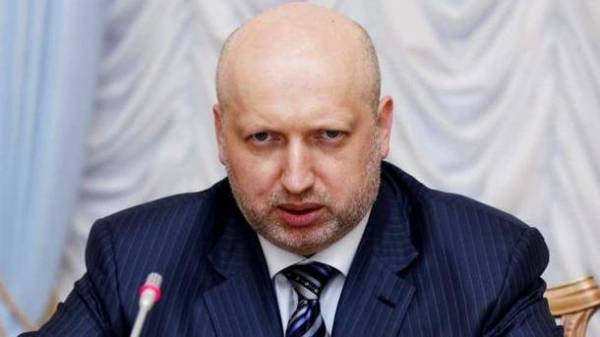 “Dimensao, dear colleagues, I want to say that in Ukraine all are equal before the law and the oligarchs, and workers. Therefore, I am convinced that if the investigation proves guilt Damanskogo, he will be responsible before the law, and will not be able to hide abroad”, – said Turchinov.

As reported on 18 August on the road Lviv – Krakovets Mercedes the honorary President of the football club “Carpathians” Peter Damanskogo crashed into Opel 31-year-old Natalia Truly, which carried out turn on the rules of the road. The woman died on the spot.
The culprit pleaded the guard Damanskogo Andrey Borsch. At the same time, relatives of the deceased claim that the driver was himself Dyminsky.

On 22 August the Minister of internal Affairs of Ukraine, MP from the faction “people’s front” Anton Gerashchenko said that Damanskogo summoned for questioning on 23 August. He formally handed over the agenda on interrogation and warned that he will offer to surrender a DNA sample to the investigator.

However, according to Gerashchenko, Dyminsky, who had the status of a witness, flew on a private plane from Lviv to Geneva.

On 23 August the Prosecutor General of Ukraine Yuriy Lutsenko said that now is not to say that Dyminsky was driving during an accident, and you need to conduct some investigative actions. He also added that Dyminsky does not go forward with the investigation.