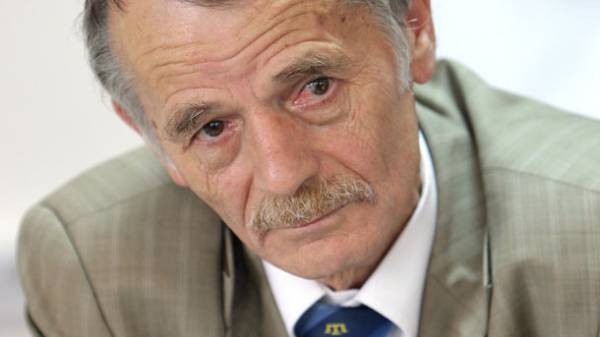 Russia annexed Crimea voiceserve primarily for the purpose of intimidation. In an interview with “the observer” said one of the leaders krymskotatarskogo people, MP from the Petro Poroshenko Bloc and Soviet dissident Mustafa Dzhemilev.

“I don’t think we are talking about creating a strategic bridgehead to advance further into the Ukraine. Strategic bridgehead had some significance in the last century. Now, with the development of technology, it is not so important. Remember, we expressed concern in America due to the fact that Russia sell the “Mistral”. And they say, “you Know, we’re counting how many minutes will it take to destroy them – quite a bit. That is, it’s all done to scare people and to cheer himself up,” – said Dzhemilev.

According to him, Crimeans have noticed that the Russians are the same technique here and there chase. “Remember when NATO saw the concentration of a huge number of vehicles on the border with Ukraine? Then it turned out that much of the technology – dummy”, – said Dzhemilev.

We will remind, Russia in March 2014 after the introduction of troops annexed Ukrainian Crimea and organized a “referendum” on his self-determination. March 18 in the Kremlin signed the so-called “agreement” on the adoption in the Russian Federation of the Crimea and Sevastopol. Western countries do not recognize the annexation of Crimea and imposed a series of economic sanctions against Russia.