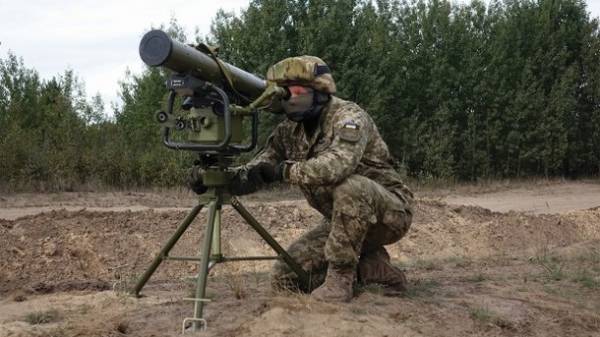 Lightweight portable missile complex “Le Corsaire”, developed by the design Bureau “Luch”, adopted by the Armed forces of Ukraine in accordance with the order of the Ministry of defence, the press service of “Ukroboronprom”.

Bureau “Luch” has already produced ahead of time and put in the APU more than 50 rockets for “Corsair”, together with a certain customer number of launchers.

“Le Corsaire” allows you to fire at a distance of 2.5 km (the same range the American FGM-148 Javelin), and the guided missile is carried out using a laser beam. The guidance is in the low-energy radiation level for concealment purposes the control channel. One of the main features of this complex are the dimensions that allow it to carry and fire “from the hip”, without the use of additional devices. But for ease of use on in advance prepared positions, for example in the defense, fighters can use special machine”, – stated in the message of concern.

Earlier, the NSDC Secretary Oleksandr Turchynov said that the Ukrainian military in the Donbas will receive new weapons.