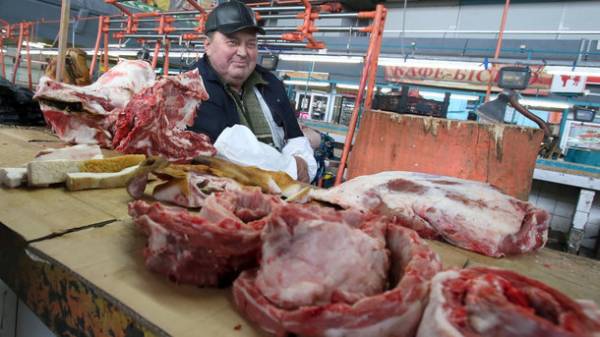 In the last days of summer the purchase price of live pigs in Ukraine continued growing, but its pace has somewhat weakened. This was reported by analysts of the Association “the Pig producers of Ukraine”.

So, at the beginning of the third decade of August, the average purchase price of pork in live weight recorded at around 47 UAH/kg, adding 6% for the week.

“During the last week of August pigs of the first category will implement an average of 3% more than during the third or fourth.

At the end of last trading session, most manufacturers will implement on 1 – 2,5 UAH/kg higher than the previous week, and the upper limit of the price range crossed the psychological mark of UAH 50/kg.

“Accelerating the rise of prices has caused a shortage of slaughter pigs slaughter conditions and high demand for animals that have not reached the traditional mass slaughter, and the desire of processors to purchase livestock “on the ground” due to complications of the logistics of harvesting bait fish due to the spread of African swine fever (ASF)”, — analysts said.

We will remind, recently the outbreak of ASF was recorded in Khmelnytskyi region. On one of the local farms veterinarians destroyed almost 7 thousand pigs.

According to official statistics, in early 2015 the total population in Ukraine was estimated at 7.3 million head in 2016 – 7,1 million head, and by the beginning of 2017 has decreased to 6.7 million head.