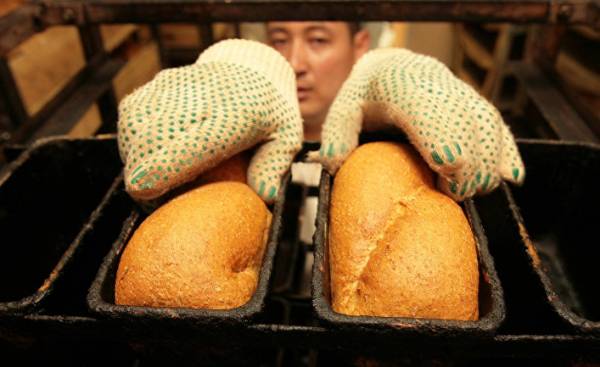 For Finnish companies, whose activity is connected with Russia, bring better times. This is evidenced by the barometer of the Finnish-Russian chamber of Commerce. The only concern is low investment activity.

Compared with the previous autumn barometer, the improvement is obvious: well over half of companies that participated in the survey of the Finnish-Russian chamber of Commerce, expect a revival in the Russian economy. In the fall of this figure was 27 %.

Less than one in ten believes that the Russian economy is falling. Most optimistic of our group of small businesses. In addition, the statistics of the Customs Department shows that Russian exports and imports in recent months has increased.

“This is a positive development, but the situation in the country remains fragile,” — says the Director of the Finnish-Russian chamber of Commerce Rekolainen Jaana (Jaana Rekolainen).

After several quarters of decline, the Russian economy once again showed a 0.3% rise in the last quarter of last year. Finnish exports to Russia fell last year by 6% at the beginning of this year has grown.

“But we are still far from those figures that was until 2013,” says Rekolainen.

Related to Russia business in more than half of the enterprises recorded in the barometer, over the last six months increased. The best things are those who are doing business in Russia and simultaneously exporting there goods.

Concerns about the low investment activity

With regard to investment in Russia, Finnish companies are, in contrast, behave very cautiously. Even if they are in varying degrees, invest, rarely it directly affects production. Low investment activity concerned Kuismanen Mika (Mika Kuismanen), chief economist of “Entrepreneurs” in Finland. According to Kuismanen, the future growth potential in the business relations can be reduced if the low level of investment will last a long time.

“And though a lot of positive barometer, the news is bad,” he says.

The company “Fazer”, which operates in Russia since 1997, last year signed an Agreement of intent with the city of St Petersburg regarding a major investment in new bakery production. It is necessary in particular because of the large demand for frozen bread, which is then baked in the local shops — a trend that is gaining momentum in St. Petersburg and Moscow, where the Russian bakery “Fazer”. When it will be built a new bakery production, is not yet resolved. According to Quali Petri (Petri Kujala), Executive Director of the bakery industry, Fazer, the main thing — to choose the right time.

“It plays a role, including the ruble,” he says.

Otherwise, says Koala, the information of the barometer of the Finnish-Russian chamber of Commerce meets his own observations of the company.

“At the end of 2014 the ruble plummeted, and it is immediately apparent that the customers began to choose cheaper products. We had to revise the range. In 2015 and 2016 prices rising faster than wages, and people had less money available,” explains Koala.

Since last summer Fazer again began to see an increase in purchasing power and the confidence of Russian consumers. Baking industry began to offer more expensive products, including in the field of healthy nutrition which are in good demand.

The rise of protectionism

In 2015, Russia imposed bans on imports of many goods. It was a response to the EU sanctions in connection with the annexation of Crimea and intervention in the conflict in Eastern Ukraine. Many of those businesses that responded to the survey barometer of the chamber of Commerce, said the increase in protectionism in the Wake of sanctions — conditions conducive to local production.

According to Petri Qualy, Fazer suffered from retaliatory sanctions to a lesser extent than other businesses, since its a bakery buys mainly local raw materials and using local labour. One problem, however, they also faced.

“When the sanctions came into force, we were forced to replace imported goods with local, which was used by many manufacturers, not Perminova to raise prices. In some cases, local products were even more expensive than those that have been imported”.

Koala says that Fazer in Russia within a year have experienced the UPS and downs, but the company does not cease to bet on the market.

“We should not be afraid of Russia. We have a long history of trade relations, first in tsarist times, and then in the Soviet period. In this country of 140 million buyers, it’s a big market.”

According to the Finnish-Russian chamber of Commerce, the biggest problem for businesses — an unstable economy, political risks and exchange rate. However, this problem is now decreased, as the ruble strengthens. In addition, a permanent source of concern remains the customs procedure.

In the survey for the Finnish-Russian chamber of Commerce held in March by the center Taloustutkimus, was attended by 300 companies.