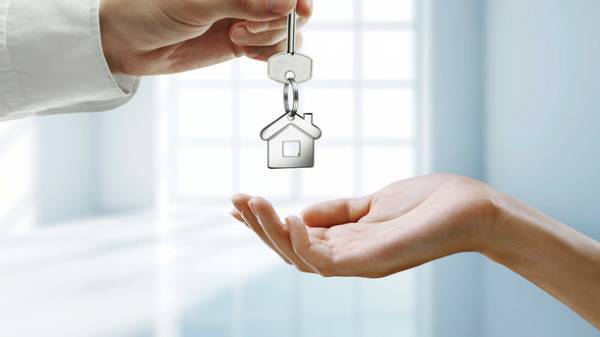 In Ukraine, experts believe that the real estate market gradually emerging from the crisis. If last year prices fell by one percent every month this year – half percent. As they say, realtors: this is the best time to buy apartments. The website “Today” found out which of the major Ukrainian cities it is easier to collect on the rent.

How many will have to wait

Virtually any Ukrainian with an average income can comfortably to defer 30% of earnings, says an expert on economy Alexey Polovinkin. Given data on the average salary of the state statistics service and HR portals to buy an apartment will have to be postponed for decades.

For example, in the capital, one-bedroom apartment can be purchased for 25 thousand dollars. Prices on the secondary market is fixed in dollars, and after a sharp devaluation of housing in the hryvnia equivalent went up dramatically. Demand has fallen and the price of apartments had to be reduced. The average salary in Kiev is 362 dollars. That is to buy “odnushki” have about six years to pay the entire salary. If we postpone for 30%, will have to collect approximately 23 years. At the same time, no one really can predict what will happen to the housing market and the hryvnia exchange rate during this period.

In Zaporozhye Studio condos sold in an average of 350 thousand hryvnias, and the average salary reached 7020 hryvnia. To gather at the house for 13 years. At the same time in Lviv, where traditionally property prices are among the highest in Ukraine, to collect on an apartment will have 28 years (“odnushka” is an average of 700 thousand, and the average salary of Lviv – 7020 hryvnia). 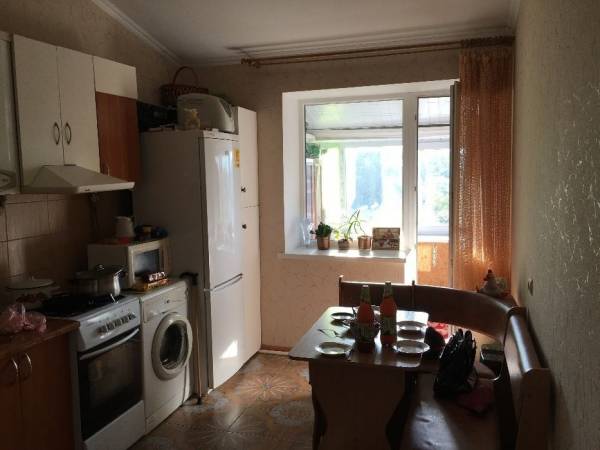 At the moment prices are down about 0.5% on a monthly basis to talk about any growth before, said the head of the Committee of the Association of real estate professionals Edward brazas. “The rate of decline has dropped significantly. This is the first encouraging sign. The second sign – the commercial property market, primarily for trade, feels good. This segment is most quickly responds to the mood of the consumer, the solvency of the population. Sellers continue to complain that their turnover is falling, but the number of vacant premises, as in triticale and professional platforms is reduced,” – says the expert.

“The rate of decline has dropped significantly. This is the first encouraging sign,” – says the expert.

How to collect the apartment

By the way, most experts agree that to collect on an apartment, saving 30% of the average wage, is virtually impossible. “With the salary of 8 thousand hryvnias it is impossible to buy an apartment, you can eat normally. With a salary impossible to accumulate the money to purchase real estate. The cheapest apartments in Kiev is 25-30 thousand dollars. It is not difficult to calculate that the budget of the person with such income is spent on their needs, in the best case will remain 4 thousand,” – said Vice-President of the League of experts Andriy Gusel’nikov.

“Perhaps after ten years, the apartments will cost 100 thousand dollars. No one can say for sure that this will not happen,” – said the realtor agrees Maxim Baborak.

Moreover, experts believe that prices for apartments in a few years will begin to grow. “If the situation develops so, as of now, with a small growth of 1-2% per year, to talk about the increase in property prices the next few years will not have”, – says Eduard Brazas.

Maxim Baburam says many of his clients sell a house that was inherited from relatives, and after the money to buy a new apartment. The realtor advises from the apartment not to sell, rent for a few years rent.

In large cities also demand another method of buying an apartment. So, for example, in Kiev there are entire companies who make the intermediation between lonely elderly residents and young families looking to get their homes. Ten thousand dollars is the annuity contract. After that the young family is actually the homeowners, but to access it they will be able only after the death of the pensioner.

Another option is to get a mortgage. However, on the basis to pay for housing will have hundreds of percent. In Ukraine, the average interest rate on mortgage loans over 20% per annum, the first payment will range from 30 to 50% of the cost of the apartment. For example, the state “Oschadbank” offers its customers a mortgage at 23% per annum with maturities up to 15 years. For example, if 10 years to take out a mortgage apartment worth 500 thousand, about 200 thousand will have to pay immediately, and another 300 thousand to pay monthly for 6400 UAH. As a result, over ten years, instead of 300 thousand Bank will have to pay 768 thousand in two and a half times more. 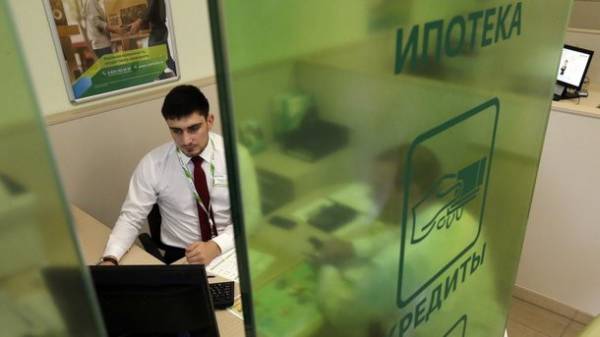 “Pay to the order of 20% for mortgages, which lasts five years it is overpayment in two or more times. So the question arises, is there any point in your mortgage? Sometimes it is more profitable to rent housing,” – says Vladimir Mazurenko.

Ukrainian banks are unable to lend at a small percentage due to the large risks, says the Director of the Institute of financial controlling KNEU Oleg Tereshchenko. “For banks this is a risky product, this risk has to lay in the cost of lending,” – says doctor of economic Sciences.