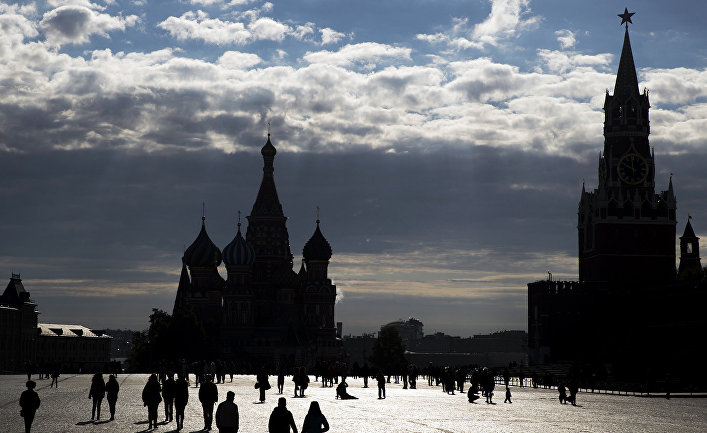 Putin is not a liberal, but he was elected by popular vote. According to public opinion polls for a long 7-8 years they kept the rating much higher than any other democratic leader. However, Russia’s economy is in very bad condition. With the exception of oil, gas and weapons Russia is unlikely to export something, moreover, in a country completely absent of scientific and technical innovation. Russia has long been dropped to the level of the middle of the state, and the role it plays in the international arena, does not correspond to its real force. And the blame for this — Putin.

In response to the invasion of Ukraine to Russia was sanctioned, hit hard by the economy. The share of foreign capital in the economy fell substantially, the ruble lost much in price, the number of poor has increased, the choice of food, medicines and consumer goods declined, tourists travelling abroad, fewer, and the growth rate of the economy for several years show negative figures. Putin completely controls the political parties and the media, so the opposition forces unable to change anything. It is important to note that diplomatic achievements of Putin Russians compensate for the lost honor and dignity.

In 2008, under the pretext of protecting its citizens Russia sent troops into the Caspian sea (the author is referring to the Georgian-Russian crisis — approx. ed.). Putin has granted political asylum issued a secret CIA agent Edward Snowden and grasping the opportunity to intervene in the policy of Ukraine, annexed Crimea. Obama was helpless in Syria, and at the critical moment Putin under the guise of counterterrorism, sent warplanes to suppress the rebel army and, most importantly, to turn Syria into its sphere of influence. That assistance was delivered as quickly, accurately and at the same time, moderately, is not accidental.

Putin can not solve the problem of welfare

On the one hand, Putin has resorted to military assistance to protect its interests in the former satellites of the Soviet Union. On the other hand, by active and rapid diplomatic steps he is demonstrating its power in the international arena.

He prepared his script for China and Japan, he took the opportunity to bring in Turkey and Iran, have significantly improved relations with Israel. In Europe, Putin has always supported far-right parties and even found a way to intervene in the U.S. presidential election. It is not surprising that America, too, has symptoms of fear of Russia.

Although Russia seized the Crimea, very few countries have recognized it as legitimate. Besides, it demanded the astronomical costs to make up that will be extremely difficult.

Putin has created a complete chaos in the East of Ukraine and transformed this region in an uncontrollable manner. However, filing of Ukrainian nationalism, he was awakened by the political elite in Kyiv, and now the return of Ukraine into the parental arms of Russia anymore. And diligent Putin’s attempts to establish economic ties with Europe, it seems, will be a complete failure.

Russians love to play chess, and Putin — skilled grandmaster. However, in the relentless competition of Russia with foreign powers, Putin is unable to solve the domestic economic problems of their country. Unexpected diplomatic moves and military adventures in time inspired the Russian people and strengthen the position of Putin. However, he soon learns that he was trapped.

Jiang Chunnan — known Taiwanese journalist, writer and political analyst. In the newspaper Apple Daily lead author of the column, which was repeatedly awarded the prestigious prize in journalism.