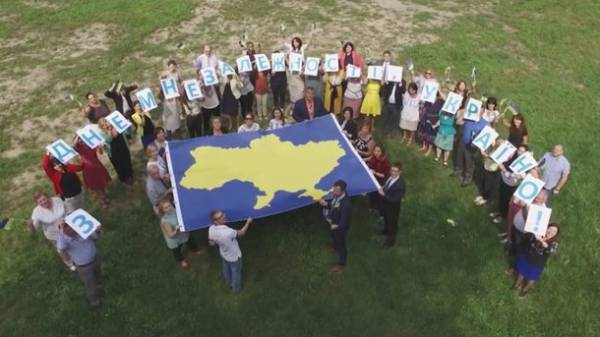 The staff of the diplomatic mission has prepared a music video, which was posted on the official page of the Embassy in social networks.

In the video, the employees sing the song “Good wounds, Ukraino!”.

At the end of the movie Independence Day Ukrainians congratulates U.S. Ambassador to Ukraine, Marie Yovanovitch.

Earlier it was reported that in a military parade to mark Independence Day in Kiev on August 24 will be the participation of soldiers from 10 countries, and guests of the parade will be 11 foreign Ministers of defense.