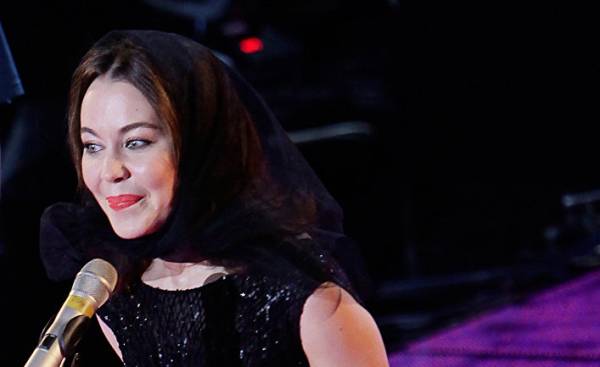 You are one of those timid gentlemen who still see the world through the prism of the cold war of the 1980s? Well, then it’s time to start shaking even more, because the Russians are coming! In any case, in the field of fashion and those who are not suffocated by dread of the Imperial plans of a bear, you should enjoy it. The arrogance of the Russians is only a potential problem, and we are on the verge of finally surrender to cultural self-hatred, or to suffer from destructive immigration.

Those who want to continue the story of the last century — and at the same time dreaming of a more manageable enemy, Islamism, is go away for a while, let us pay attention to the fascinating cultural threads that are now rushing from the East.

More and more Russian take place in the international arena of fashion. For many years growing coterie of Russian it-girls, designers, stylists and models, occupying a significant place in the industry, fashion weeks, consumer segments and social networks. Having received the affectionate nickname “Zarina”, they kind of noble to know that belongs to the same powerful, beautiful and sets a standard class that is the head of all aesthetic sphere in France, Britain and the United States. This, for example, young women who are often married to oligarchs or politicians, but by themselves are impressive businesswoman.

One of them is the designer Ulyana Sergeenko, who in 2011 founded his own fashion house. The binder concept — Russia. Remember grandmothers ‘ shawls, scarves, scarves, mink skirts, corsets and lace. It seems that it’s not new, but still topical. Among her clients are a business lady from new York, the French actress and a middle Eastern Princess.

In search of inspiration for new collection, Sergeenko travels around the country.

“I was born in Soviet Union and always loved Russian culture and culture of other countries.” And he continues: “Many are nostalgic for the Soviet Union. My team and I love to travel in small Russian cities and observe their relaxed lifestyle and small quirks. The old white-stone architecture, the few surviving Russian wooden houses, the eternal fields and deep forests — in the truest sense of the word fabulous.” She knows the history: “Our autumn collection is dedicated to the utopian period between the two revolutions in the early 20th century when the Russian Empire collapsed, and formed a new country, with a completely new system of government, society and culture. We would like to use in their own interpretation of traditional Russian handicraft textile machinery, such as embroidery and lace production. A great honor and joy to create something traditional, but in relation to the present, and thereby extend the life of the almost forgotten handicraft skills.”

While the exclusive fashion Sergeenko based on the huge cultural and historical heritage, start from the other Eastern European young creators fashion streetstyle, which are now all stronger. Here it is driven by the sentimentality of the Eastern bloc. Bitter-sweet memories of the time growing up among the concrete block buildings, material scarcity and dreams about the West.

At the forefront of this genre, we find a design project Vêtements, run by brothers Demna and Guram Gvasalia. They are from Georgia, but they have close ties with the young Russian world of fashion, where she is the centre of attention — their friend, stylist Lotta Volkova.

Volkov, in turn, is associated with one of the current stars of street fashion, Gosha Rubchinskiy, which together with the brands of Walk of Shame and “Sputnik 1985” became the creators of the post-Soviet images in recent years, permeate the entire official world of fashion. Rubchinskiy particularly interesting, as it reflects the exemplary direction, part of which is himself.

His collection is a reinterpretation of the clothes of the 1990s, jokingly but not without a grain of seriousness inscriptions. T-shirt with the text “Russian Renaissance”, written in the Cyrillic alphabet, or an inscription “Europe?” (probably a comment on the current continent of cultural confusion). Still here and irony in the style of ‘ 90s — on his sweatshirt with the hammer and sickle for example, he said, “long live communism! Put the hammer and sickle and go skateboarding!”

On the question of the so-called “Russian nationalism” Rubchinsky reasonable answers: “I wouldn’t call it nationalism. I would call it a rise of patriotism and social consciousness. This seems positive. The outside pressure is only going to benefit young people, because they no longer support my country… and on the other hand, there is a large international solidarity among young people. I really don’t think that young people especially go into politics. The older generation can profit from wars money… I hope the youth will grow and change the world”.

With youth he primarily associates. With those with whom he grew up who loves the post-Soviet Blues, but also with those young people around the world who do not have gone through Restructuring and were not on the first raves in Moscow, years after the youth in the West they were first launched. Despite the fact that the youth of today was not born then, Rubchinskiy gladly acquaints them with what he knows and loves. The culture of skaters among concrete landscapes, with more swing open the door to the surrounding world, but always in Russian. Pants and a samovar. Athletic shoes and the legendary Gagarin. The binder concept — Russia.

He, however, himself says: not interested in Russian fashion, it seems strange that suddenly so began to dress very young people, or that it suddenly became regarded as the expensive brands. Things that were “bullies”, that is, lower class — Champion, Nike, Adidas and the like. Jogging pants, tight to the waist and tied with a drawstring instead of a belt. Large t-shirt with a clear logo. T-shirt from Reebok as a fashion message. Russian center of norms against the background of romance of the Eastern bloc. But it’s not weird.

Named garments were symbols of the open passage between the West and the East after the fall of the Wall, and those who then were young, I remember longing for the Western life style, which was then connected to the political and cultural situation after the fall of the Wall. Why people buy running shoes Champion in the interpretation Vêtements at the Royal prices, and the logos on it are larger than ever before. This is a memorabilia of the Eastern bloc. And it’s chic because young people like them, are not ashamed of it. Goodbye, cultural self-hatred, Hello creative confidence.

Rubchinskiy and the direction which he is a part, are thus a new citizen of the world. While a citizen of the world in the last century was busy thinking about how to smooth out all the differences and harbored contempt for the common man with his attachment to the homeland, new, on the contrary, fighting for the right to be yourself. And, on this basis, on the basis of their own national, historical and cultural identity, it is with curiosity meets the rest of the world.

This is something that more unites us Europeans, against the destructive internationalism, and helps to get rid of supranational usurpers: our right to be who we are. An old citizen of the world, destroyed our heritage, the new is struggling for its preservation, including the fact that shows that cultural differences make the world interesting. From attack to acceptance.

The inspiration for the latest collection Rubchinskiy drew from Pasolini (Pasolini) “Pasolini was an environmentalist and believed that it is good to keep the spirit of Italy in Italy, the spirit of France in France and the spirit of Russia in Russia. I think it’s time to think about Pasolini about what is Europe”. And honestly said, “I stand for the relationship with Europe, and it seems to me that Russia and Europe should stick together.”

To the dismay of Russophobia Rybchinskogo cannot be defined in the category of “right-wing populists” (sic!). He doesn’t care about politics, and he hates the “borders and labels”. He just wants to be able to make clothes for young people worldwide, which bound them to where he had been. This is what he Sergeenko and many other representatives of Russian fashion and doing right now. They remind us of the West, where us threats are not allowed to go. On the binding force of cultural history and national identity.

Without this people will disappear. And we do not want.