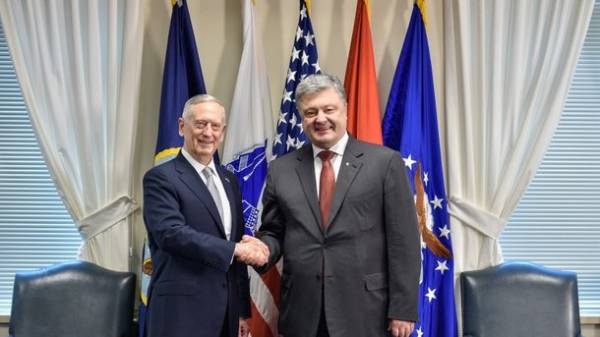 In celebration of the 26th anniversary of Independence in Ukraine attracts record number of foreign dignitaries. In Kiev expect the defense Ministers of Georgia, Lithuania, Latvia, Moldova, Poland, Montenegro, Estonia, and Deputy Minister of defence of the United Kingdom. For the first time in ten years there will arrive the head of the American Pentagon James Mattis. In 2007, just before the infamous Bucharest summit of NATO, which Kiev refused to map, on a visit to Ukraine was Robert gates Minister under George W. Bush. First, Mattis will take part in the parade on Khreshchatyk, and then in the presidential Administration will hold negotiations with Petro Poroshenko. Surely the Minister of defense ask about the progress of reforms in the sector of national security and defense, particularly in the “Ukroboronprom”, and the implementation of the annual program for cooperation with NATO. It is planned to sign several bilateral agreements on military and technical cooperation in research and development. But the provision of lethal weapons to speak while early. According to experts, the solution is not even brought under consideration of the national security Council. And without his consent trump will not be able to sign the corresponding decision.

The visit of U.S. Secretary of defense James Mattis in Ukraine agreed during the first meeting of Peter Poroshenko with Donald trump in Washington in late June. There the Ukrainian President for the first time saw and by the Mattis and talks, apparently, was no less symbolic than tomorrow’s visit of a retired General. First, according to Poroshenko, the meeting with James Mattis impressed even emotionally – when on the stairs of the building of the US defense Department sounded the anthem of Ukraine, was waving the Ukrainian flag and guard of honor were representatives of all the armed forces of the United States. And another important detail: in the study of Mattis in the Pentagon have a watch of eight or ten points of the world, center clock indicating the time in Kiev.

In Ukraine, us Secretary of defense arrives just in time for Independence Day. As already I wrote “Today”, it’s a kind of symbolism, which is so fond of the Russian President, who even the Russian presidential election was postponed on the day of the annexation of Crimea on March 18. The fact that Mattis will take part in the parade on Khreshchatyk, is not only a manifestation of U.S. support for Ukraine, but also kind of a big “hi” to Vladimir Putin.

“I’m going to go to the parade in Independence Day, and I plan to meet with President Poroshenko and defense Minister Poltorak, and to emphasize our commitment to a strategic partnership and our support for their sovereignty and territorial integrity and to give advice on capacity building of its forces,” – said on the eve of visit to Ukraine the head of the Pentagon. Mattis said that along with him in the celebrations on the occasion of Independence going to be the US special envoy to Ukraine Kurt Volker, this means that the priority in solving Ukrainian problems is given to diplomatic methods. “As in many other places in the world, now I support diplomatic leadership, the efforts of the Secretary of state Tillerson to work with our allies in NATO and Ukraine and to continue to insist on the fulfillment of Russia’s commitments under the Minsk agreements. And this includes an immediate ceasefire, withdrawal of heavy weapons and unhindered access of OSCE observers”, – concluded the Minister of defense.

From Volker Ukrainian side hopes to hear the details of his first meeting with Russian presidential aide Vladislav Surkov on August 21 in Minsk. Their talks were held in strict confidentiality and secrecy and scant details appeared only in the Russian press – it your short review gave Surkov personally. “The commitment of the Minsk agreements under questioned: both parties propose new ideas and innovative approaches for their implementation… Agreed to continue joint work. Identified topics for the next meeting. Agreed that the peace process on the political track and in the field of security can and should go faster… Good meeting,” – said the assistant of the President of Russia.

From Mattis’s visit, we are waiting for the signing of several important agreements on cooperation in the defense sector. Neither the defense Ministry nor the presidential Administration have not disclosed details of the contents of these documents, saying that all will learn on August 24. But at the end of June in interview to the Central Ukrainian TV channels immediately after his first meeting with trump Poroshenko said that an agreement was reached on the finalization of the agreement on military-technical cooperation, cooperation in research and development and many other areas. “It is absolutely clear and specific agreements, unprecedented, which Ukraine has never had in our relations with the United States,” – said Poroshenko.

According to sources “Today” in Ukrainian dipkrugah, bilateral agreements that the United States and Ukraine intend to sign relate to the mutual defence procurement and exchange of defense technologies. “Even before the visit of the Ukrainian delegation to Washington, where Poroshenko met with trump, the Ukrainian side has made a list of what is necessary for our defense, particularly our Armed forces. And this list is handed over personally by Mattis”, – said the “Today” source in the Ukrainian dipkrugah. Also surely the United States will continue to provide logistical assistance in the preparation of the APU (since the beginning of 2014 States spent $600 million). This, incidentally, was discussed during the visit of the acting the Deputy assistant Secretary of defense Laura Cooper on July 26 in Kiev.

Rumor has it that before the independence Day of the United States can declare on granting Ukraine lethal weapons. About this in his Facebook wrote the day before and the chief editor of the Ukrainian service “Voice of America” Miroslava Gongadze.

But experts are skeptical about the opportunity. “My understanding is that senior advisers to the President trump on national security support sending Ukraine lethal defensive weapons. However, I don’t think (final – Ed.) the decision has been made. Visit of the Minister of defense of Mattis could be a suitable occasion for such a decision, but this does not mean that it will happen soon,” – said “Today,” former U.S. Ambassador to Ukraine John Herbst.

Agrees with him and research fellow at the German Marshall Fund of the United States Nicolas Boucher. According to him, the USA has not yet made a decision about supplying lethal weapons to Ukraine. “Of course, more likely that trump unlike Obama, will do it. But still need the President to sign the decision. This can happen, but not now. Also, perhaps the fact is that over the past few weeks his advisers have focused on the situation in Afghanistan (yesterday the United States presented its strategy for Afghanistan – Ed.)”, – said the “Today” Nicolas Boucher.

Analyst of the Institute of world politics Nicholas Beleskov recalls that to date the decision on granting Ukraine lethal weapons handed over to senior advisers, and then be discussed at the national security Council (NSC). But, according to the analyst, even if the decision was made, the US Department of defense would have to announce a tender. For example, when Obama at the end of September 2014, agreed to supply countermortar radar, Ukraine received only in November, a month later.

“One more question, what kind of senior advisers? Maybe it’s senior advisers trump? Or maybe the decision on providing lethal weapons already considering McMaster and our professionals? But in any case before the President’s decision, the matter is submitted for discussion to the NSC. Yes, last Friday was a meeting of the NSC, but there is no doubt that it is Ukraine was discussed. Because the main issue was Afghanistan and the strategy for South Asia. And without full discussion at the level of NSS none such solutions will not accept. And when the issue will be put on the national security Council Rapporteur is likely to be Fiona hill (Director, Europe and Russia in the national security Council – Ed.) – it is not a big supporter of the concept that the provision of lethal weapons to Ukraine will help”, – said the “Today” Nicholas Beleskov. 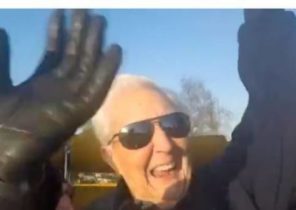