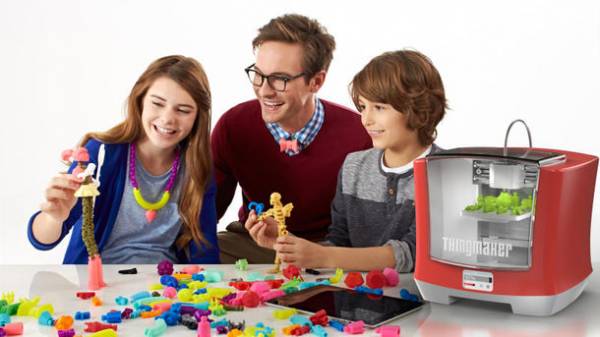 It would seem that the crisis puts an end to the desires of people to try something trendy and expensive. But there it was: the Ukrainians are still actively interested in the flagship models of laptops and mobile phones, the possible gain for themselves or their children popular gyrometer, watching the news film and gaming industry. Such interest should create the offer and market goods and services, experts say, because if the business is not following the interests of potential customers, sooner or later he will drown in the crowd of competitors. “Now the world relies on technology development in the areas of artificial intelligence, robotics and, of course, 3D printing. No one was surprised, for example, journey via virtual reality glasses or order in a restaurant dessert, printed on a culinary 3D printer. These innovations are used, and the Ukrainian business”, — says the head of the Secretariat of the Council of entrepreneurs under the Cabinet of Ministers Andrei Zablovsky. According to experts, while the domestic business is using new technologies mainly in the manufacture of Souvenirs, accessories or as entertainment for children. But the potential of 3D printing is much higher. So “Today” has studied the prospects of running a small 3D coffee houses in Kiev (see infographic).

Opening times café “Snacks with 3D”. Will prepare coffee and desserts. And everyone will be able to order the souvenir production on a 3D printer, which is done while the visitor enjoys coffee (the print should be at least half an hour), or purchase a previously printed model. According to calculations, if the daily 10 visitors buy Souvenirs at the pin 150 UAH, and 30 customers drink coffee with desserts on a check for 70 UAH, the project will pay for itself in about a year.

TOTAL: 20 thousand UAH at the start and 4 thousand monthly.

Coffee and dessert will cost an average of 70 UAH. Souvenir, printed on a 3D printer, will cost from 150 UAH (according to experts, the cost of 1 g cube print plastic, will cost 3-5 UAH). Suppose that every day 30 people will drink coffee with dessert, a check of 70 UAH and 10, buy the souvenir. Then in a month make 108 thousand UAH. Minusuem current (69 thousand) and marketing (4 thousand) expenditures (total of 73 thousand) received 35 thousand including a starter (450 thousand) and marketing (20 thousand) costs (total 470 million) the project will pay off a year from now.

Prospects of introduction of 3D printers in different branches of economy highly appreciated already the world’s leading countries — Japan, China, South Korea, Germany. This is not surprising: according to research by McKinsey, the global market for 3D printing will be about $500 billion in the near future. “In the middle East and Central Asia are actively using industrial 3D printers, for example, in the manufacture of construction materials, which considerably accelerates and cheapens the construction of housing. Good potential 3D printing has in everyday life: now, investors are studying the possibility of developing a variety of home printers. That is, in the future people will be able to come home, to find on the Internet of interest to model the clothing and send it for printing your 3D printer. Alternatively, you can use medicines, if you pre-purchase the necessary ingredients and get a prescription from the doctor. It is possible that the kitchen 3D printer will take its rightful place among the equipped for the production of soups or desserts. It is possible that in the next three to five years, home 3D printers will be widely used”, — said Andrey Zablovsky.

So entrepreneurs, if you want to keep up with the times, now have to implement in your business idea related to 3D printing. As an example there can be a variety of foreign projects. “For example, in a London café, where all the furniture and utensils printed on the printer. Even the culinary specialties are made on 3D printers, and the visitors can observe the process. However, in this cafe, in addition to cooks, work engineers with designers, because smart appliances requires careful attention to itself. And in new York have implemented a repair and manufacturing of keys through 3D printing. For this a specially made printers. Man brings into the workshop key, it scan and just a couple of minutes to print the same duplicate! And such examples of implementation of 3D printing technologies in different business-ideas — weight. The main thing — to search for 3D printers the most interesting application, because it gives more chances that creative business idea shoot,” says Zablovsky.

To business with 3D chips went up, you need to carefully write a business plan, find an audience and to invest gradually, so as not to risk once again, according to entrepreneurs. “When we launched the coworking, we have not yet understood who will be a key customer. So bought the traditional equipment — coffee machine, microwave, laptop, printer scanner etc. But over time, we needed to allocate a place for a small child’s room, because visitors have repeatedly complained that they have nowhere to leave their children. Solved this problem, now I think of how, in addition to entertainment for children, to provide them learning through play. Want to buy 3D-stick — to spend, for example, painting or modeling. This idea pushed us too our visitors with children,” says the Manager of one of the capital’s coworking Olga Zorina.

You can apply the technology of 3D printing in the usual cafe — that, in fact, wants to make the owner of a small restaurant in Kiev Irina Zamyatina. “The works in a cafe doing well, but in the capital there is a lot of thematic institutions, and ordinary coffee shop is easily lost among the mass of cool places. But you want to coffee came not only visitors who work or live nearby, but also to have people come specifically to evaluate a certain feature in a cafe. So I think to buy in our cafe 3D printer that could print small gifts, as long as people order a coffee with dessert. While exploring options, but I know that printers can be bought for $800 and above, and the purchase of 500-700 g plastic print will cost about 600 UAH. That is, in principle, these costs is quite real to pull. Another question — will there be a demand for such a feature in the restaurant. So while exploring, as they say, from all sides. But based on feedback from our visitors, parents with children or couples in love such Souvenirs would be interesting. Everything will depend on the value of the product,” says Zamyatin.

Ukrainian businessmen are trying to introduce 3D printers gradually, initially testing these technologies in entertainment and education, says the head of the Association of franchising in Ukraine Andrey Krivonos. “3D printing yet fun for small and medium business expensive printer costs at least $1-2 million, Therefore, if entrepreneurs think about, to try out 3D printing in your business, first try to weigh all the risks. As a rule, buying printers, those entrepreneurs who have spare money and who wants to attract customers with new chip, be sure to pay the initial costs. Therefore, entrepreneurs initially introducing 3D printers in the usual areas — entertainment, education, production of Souvenirs and accessories,” explains Sergeant.

Thus, according to him, 3D printing of Souvenirs or accessories already, in principle, no surprise, because young people and middle-aged people quickly get used to these gifts: “the Demand in this niche after a couple-three years may be overloaded with offer 3D-printed offices, where we can offer to print the figure of a man almost at full length, and colorize manually. But this entertainment service can bring the owner a good income,” the Sergeant questioned. Another thing — 3D printing and the younger generation. “Now very popular 3D-handles. They are inexpensive (cost anywhere from 800 to 3000 UAH). But allow a game to enable children to explore, for example, some devices mechanisms. After all, the child can print the figures, to assemble and then disassemble, or print the details of different colors. It is clear that the print quality of the figures may be bad, but for children this is enough. Therefore, the technology of 3D printing is logical to use the city’s entertainment centers, coworking, creative workshops, etc., And given the fact that these innovations will be developed and children’s interest to the topic will be always on top. Thus, the combination of 3D printing and education business models is an excellent option,” — said Krivonos.