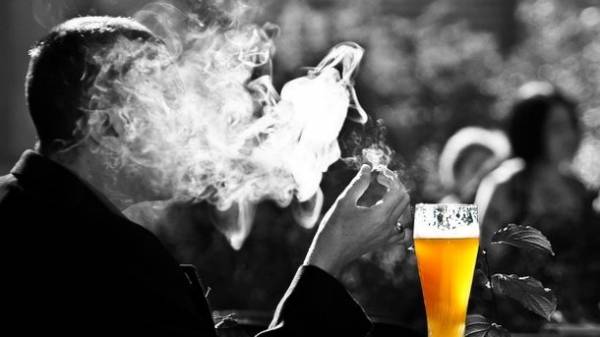 You are mistaken if you think that occasionally smoked a cigarette will not bring harm. New publication in American Journal of Health Promotion devoted to the results of the study, researchers from the US about the dangers of occasional Smoking, writes Medikforum.ru. Experts came to the conclusion that the dangers of cigarettes does not depend on man smokes constantly, or sporadically.

“The periodic use of cigarettes in the long term leads to the same risk of the occurrence of diseases of the cardiovascular system, like the constant Smoking from a pack or more per day” – appears in the journal the researchers on this issue.

Among people with experience of tobacco Smoking, scientists have isolated a separate group of those who did not use cigarettes on a daily basis, however, can smoke in certain situations, for example, in a bar with alcohol, or in a friendly company. Such consumers of tobacco scientists call “social smokers”.

Recent research has shown that social smokers are no less health risks than those who smoke every day. To such conclusion scientists have come, having compared the blood pressure and cholesterol levels at 40 thousand active and social smokers from Ohio.

The doctors stated that to protect the body from the effects of tobacco only in one case – if the person never was puffing on a cigarette and didn’t inhale the smoke.

Recall that scientists have disproved the myth that Smoking causes cancer. However, issledovateli note that bad habits, including Smoking, increase the risk that disease may develop in the future.