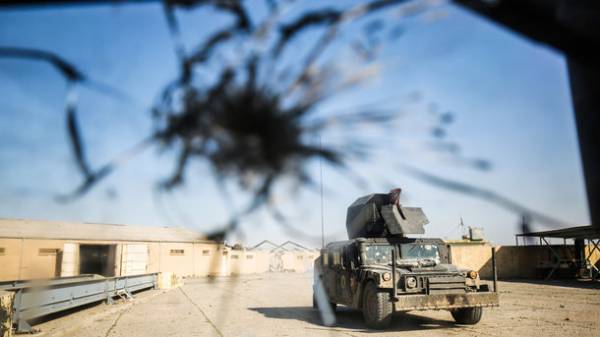 In Iraq found on the prison grounds Badus near Mosul a mass grave which may contain the remains of 500 victims of the massacre, arranged in 2014, the terrorist group “Islamic state”.

Terrorists have seized the prison Badush in June 2014, along with prisoners and shot it contained of the Shia Muslims.

The militia also said that we could hold 87 of the terrorists involved in the massacre.

The Iraqi military was returned to jail Bagus under his control in March. The militias, mainly Shiite, is cooperating with the military.

Not so long ago it became known that the Federal police of Iraq found a mass grave of Iraqi civilians who were killed at the hands of militants grouping “Islamic state”to the South of Mosul.

Earlier, the UN reported that ISIS militants in the city organize a mass execution and dumped in Mosul civilians to use them as human shields.