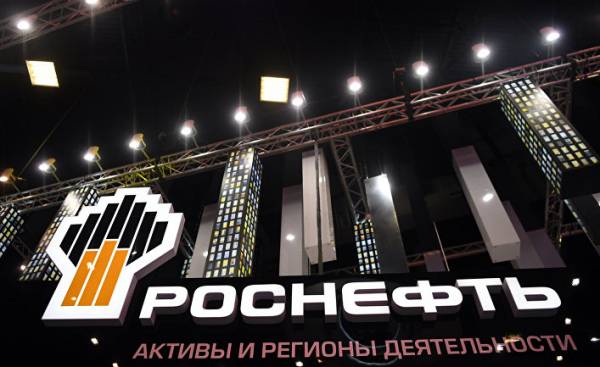 The characteristics of Russian politics is the fact that the list of “100 most influential politicians” of the country regularly appears in the first lines of the person not holding any office in politics. 56-year-old Igor Sechin, head of Russian energy company Rosneft. In the ranking of the most influential politicians, presented in Moscow, “Nezavisimaya Gazeta”, it occupies the third place after President Vladimir Putin and Prime Minister Dmitry Medvedev, ahead of such heavyweights as defense Minister Sergei Shoigu and foreign Minister Sergei Lavrov.

Rosneft Sechin is the motto of “concern For the good of Russia” — is going to invite the Board of Directors, former German Chancellor Gerhard Schroeder. The decision is still pending, but the information has already caused a stir in Berlin. Rosneft is not just some company, and Sechin is not just a top Manager.

What you need to know about Rosneft

Sechin is included in the inner circle of President Putin. Both of them are familiar from my time in St. Petersburg city hall in the early 90-ies. Putin was then Deputy mayor of St. Petersburg, and he had directed his staff. In Moscow, Sechin later than expected, rising to Deputy head of the presidential administration and Deputy Prime Minister responsible for the energy sector.

Rosneft is currently the largest oil producer in the world. In the group accounts for its own data, about six percent of total production in the world. It was not always so. In the beginning of 90th years the Russian leadership under then-President Boris Yeltsin disbanded the Soviet Ministry of oil. State property was sold out, mostly to the oligarchs. The most famous one was Mikhail Khodorkovsky, his YUKOS group. In 1995 was founded by Rosneft in control of which was retained by the state oil fields and refineries. They were few. When Putin in 2000 came to power, the share of Rosneft in the market accounted for four percent. Today it exceeds 40%.

The rise of Rosneft is closely connected with the name of Sechin. Under his aegis, the group has absorbed a number of private corporations. After the dissolution of the concern Khodorkovsky, it “ruins” were transferred to Rosneft. In 2013 Rosneft acquired the joint venture TNK-BP, in 2016, followed by Bashneft, the disposal of which oligarch Vladimir Yevtushenkov has previously held state. Thus, Sechin turned back a number of privatization transactions in the oil sector. Moscow Newspapers have been writing about the fact that Rosneft is eyeing to private competitors, LUKOIL and Tatneft.

Legally Rosneft is a Russian joint stock company, which is listed as on the Moscow and London stock exchange. BP, investors and Qatar and Switzerland-based commodities trader Glencore also offer joint packages of concern. However, with the shareholding 50% the Russian government continues to set the tone in the company. In fact, the group functions as an upgraded version of the Moscow Ministry of oil, often hand-in-hand with the Kremlin and the Ministry of foreign Affairs.

“Rosneft” invests often in regions that investors because of the crisis rather avoid. In crisis to the Venezuelan government the company has recently issued a loan in the amount of six billion dollars and hopes to get access to the vast oil reserves in South American countries.

In civil war-torn Libya, National Oil Corporation is a partner of “Rosneft”, Russian in the beginning of the year has committed to buy oil from Libya. In Egypt, “Rosneft” has good relations with President Abdel al-Sisi. In December 2016, Rosneft signed a deal for $ 2.8 billion went into the project Egyptian gas field Zohr.

In Iraq, the Sechin group also conducts business. Rosneft has provided the Kurds — the actual rulers in the North of the country — the advance in the amount of three billion dollars for future oil supplies. The Kremlin is counting on the support of the Kurds and the right to vote in deciding the fate of the region. “Such agreements include the best deals for Rosneft and the Kremlin’s policy”, — said the expert on Russia Chris Weafer of Macro Advisory company. He expects more such deals Rosneft in the middle East and North Africa.

Rosneft although still far from becoming a real global player like BP or Exxon, however, the group benefits from an international network, which he created in recent years, including in Western Europe. Oil from the territories of the Kurds concern transportere through Germany, where Rosneft has oil refineries and, according to its own data, has a market share of twelve percent.

This might also be related to the nomination of the shredder to join the Board of Directors, which already many years are such top-managers as the head of BP Robert Dudley. However too much they don’t say. Their task is rather lobbying. They give concern to the international character and need to open the door outside the country. Schröder this experience. Since the end of his chancellorship, he worked on the operator “Nord stream”. Also the mandate of Rosneft attractive and financially — according to the annual report, the group paid to the members of the Board of Directors of more than 500 thousand euros per person.

How influential Rosneft in Russia?

For many years, surrounded by Putin’s unwritten rule. Neither one person nor one political camp cannot become too powerful. The walls of the Kremlin shelled each other different factions, and Putin has long followed the motto “divide and conquer”. However, Igor Sechin, politics outside of the official policy, it, apparently, does not apply.

In 2016, the government, in General, decided to suspend the company “Rosneft” from participation in the sale of the nationalized company “Bashneft”. However, the company Sechin won, although many liberal Ministers were against it.

One of them is now under investigation: the Minister is accused of extorting bribes in the amount of two million dollars from Rosneft, as Minister of economy. Moscow politicians grin when they hear the reproach — the 100 most influential politicians in the country, the Minister Ulyukayev before his detention was on the line, below Sechin more than 50 positions.