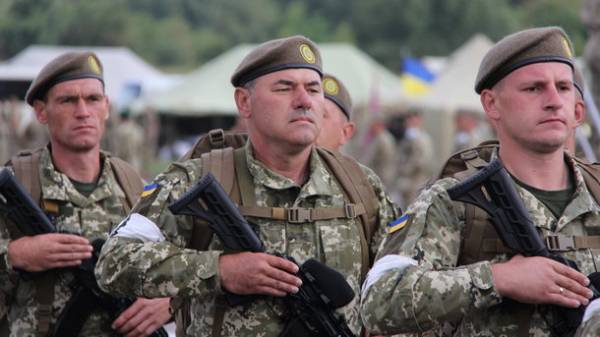 In a military parade to mark Independence Day in Kiev on August 24 will be the participation of soldiers from 10 countries, and guests of the parade will be 11 foreign defense Ministers. This was stated by the Minister of defence of Ukraine Stepan Poltorak, transfers “112 Ukraine”.

“The parade will involve 10 units of different countries, including 9 countries of the Alliance and one country which aspires to join the Alliance. In addition, at my invitation you come to us 11 defence Ministers, who will join us in celebrating the Day of independence of Ukraine”, – said the Minister of defence.

Poltorak also revealed that one of the guests will be the Minister of national defence of Poland Anthony Macierewicz.

“Yesterday I arrived from Warsaw, the country that for almost 20 years in the Alliance, held a military parade, and I have not heard a single question, why spend it in Poland. Had a conversation with the Minister of defense, he should be the Minister of defence of Poland has agreed”, – said Poltorak.

As reported in the General staff, after the parade in the area ATO will receive self-propelled artillery, tanks, various modifications, armoured combat vehicles, trucks and ambulances, etc.

As you know, on August 24 in Kiev on the street Khreshchatyk and independence square held a parade and display of weapons and military equipment of the Armed forces of Ukraine.