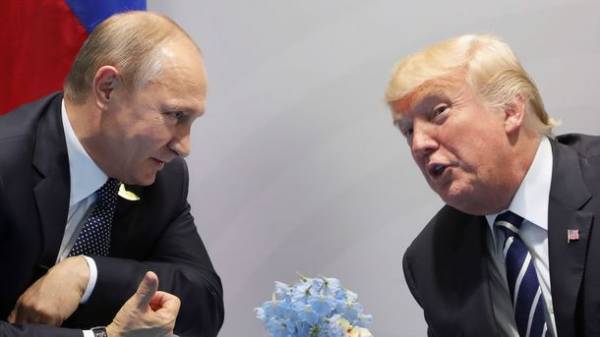 This Priebus said in an interview with Fox News channel.

In particular, he was asked to comment on the statement of the Minister of foreign Affairs of Russia Sergey Lavrov that trump allegedly agreed with the statements of Putin about non-interference of Russia in the American elections in 2016.

Pribus said that Lavrov’s words were untrue. “That’s not true. The President absolutely does not believe in Putin’s objections,” said Priebus.

The head of the White house announced that trump at the beginning of the meeting with Putin on the sidelines of the summit of “Big twenty” immediately started the conversation with the Russian intervention in last year’s elections.

As said Priebus, trump at least twice touched on this topic. He added that the matter was given a considerable part of the meeting with Putin.

As noted Pribus, before the meeting with Putin, trump, speaking about the Russian intervention in elections, have repeatedly pointed out that the Russians “probably interfered in the elections”.

“They interfered in the elections. The only thing he also said – what’s driving the media crazy – that others are also involved. And it’s true. China did, North Korea did, and they consistently did this for many years,” said Priebus.

“So, Yes, he (trump) said that Russia, probably, has carried out all these actions, about which we spoke. But he also believes that other countries also…”, – said the head of the White house.

As reported, the meeting of Putin and trump took place on 7 July on the sidelines of the summit of “Big twenty” in Hamburg.

U.S. Secretary of state Rex Tillerson said that the trump at the meeting with Putin raised the issue of Russian interference in the U.S. presidential election in 2016, but the Russian leader rejected the possibility of intervention by the Russian Federation.

In turn, Putin himself said that the meeting with trump stressed that Russia does not interfere in U.S. elections.

“…Our position is well known and I have stated it – there is no reason to assume that Russia interfere in the US electoral process”, – said Putin.

“He (trump) put a lot of questions on this topic. I was able to reply, answered all questions. It seems to me that he has taken note of this and agreed. In fact, as it relates to this, you better ask him,” Putin said.