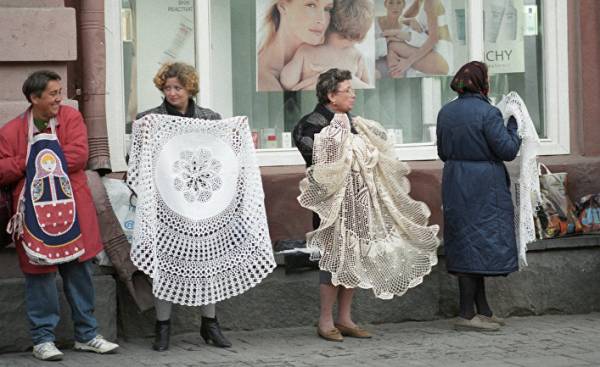 Warning the Western world about the alarming growth of inequality, Thomas Piketty (Thomas Piketty) focused on Russia. The man who had a chance to witness the transition of Russia from communism to crony capitalism, his judgment regarding this transition seem to be evidence of serious flaws in its methodology, but some of his conclusions should be taken into account in the policy development process of the West towards Russia.

In his new work, Piketty, and his colleague from the Paris school of Economics Philip Novoco (Filip Novokmet) and Gabriel Zucman (Gabriel Zucman) from the University of California decided to prove that the developers official politicians pay too little attention to inequality in Russia and how much the oligarchs are robbing the people. Unfortunately, some of their conclusions are based on data that is so questionable that these scientists need to remind you of an old computing principle: what input, this is the result.

Pickett works with such data, whose age is estimated in decades and even sometimes centuries. As for Russia, his analysis begins with 1905. However, the Bolshevik revolution of 1917 turned official statistics into a caricature. In the framework of the planned economy stats — unless you consider its propagandistic function was to condition the funding of interest groups and industries and at the same time to hide their inefficiency. Using these numbers, Piketty and his colleagues conclude that “in 1989-1990, the standard of living of Russians accounted for about 60-65% of the average in Western Europe, and by mid 2010 it reached 70-75%”.

This statement will seem ridiculous to anyone who lived in the Soviet Union in 1989-1990 and who still remembers the long queues for bread, which is constantly reported in the news on state television. Almost all consumer goods, from toilet paper to shoes, were in short supply. Got paid, I went to the grocery store, where the shelves were only three-liter jars with a sweet birch SAP. 60% of the average standard of living in Western Europe? This is a current gap in purchasing power parity adjusted volume of production per capita between Poland and Germany. The gap between the Soviet Union and Western Europe in 1989-1990 was significantly more. When I first came to the Western European country, Greece, in 1992, I was struck by how the locals are richer than Russians. Then it seemed to me that to overcome this gap is impossible.

Official statistics in the last years of the Soviet Union was very far from being able to characterize the economic difficulties we’ve faced and also the true level of inequality. Then in Soviet society, the level of inequality was extremely high, however it was measured, rather the degree of access to various goods and services, not the amount of income that can be used in economic statistics. In the 1990-ies, the transition to capitalism made the inequality inequality of the type that the West is easiest to understand, but data on incomes of Russians in any case have been useless: the government statistical system has experienced a painful transition, devoid of adequate funding, and within ten years, almost no one in Russia did not pay taxes, causing the government could not know exactly how much people earn. As a result, the researchers can’t learn — it deprives the reliability of their conclusion that income growth 50% of Russians were very low or even negative, income growth 40% were moderate. In fact, the leap to the current 70% of the average level of Western Europe — that seems pretty high, although possible level, and it’s based on much more reliable data was much more rapid than suggested by Pickett and his colleagues.

Pickett and his colleagues recognize that the data with which they worked can be misleading and that in the Soviet times we have had non-monetary inequality, however, they still continue to impose their own conclusions about how the level of inequality in Russia has changed since 1905. Given the available data, it would be wiser to abandon this analysis, calling it hopeless.

The researchers ‘ work is interesting and valuable in the moment when the data quality increases significantly, that is since 2000 years, when it was introduced “a 13 percent flat tax on the income of the richest Russians — income, which Reagan, Thatcher and Lincoln could only dream of.” This change — regardless of how she was terrible from the point of view of the left — has given researchers the opportunity to conduct serious analysis of government statistics, as it put an end to the era of massive tax evasion.

For the first time, Western scholars have used data on the national income tax, as well as the data of a study to determine the level of income. This increases the Gini coefficient, which is used to assess inequality, and increases the share of income accruing to the richest 10% of the population. But what is even more interesting, the researchers drew attention to the difference between the huge active trade balance and a small net worth of foreign assets, which Russia has managed to accumulate just 25% of national income by 2015.

In part, this discrepancy can be explained by the huge profits that foreign investors get from buying Russian assets in mid-1990-ies, when they were sold at ridiculous prices. However, a much more significant factor was the flight of capital. Pickett and his colleagues believe that by 2015, the size of offshore wealth that wealthy Russians had managed to save was 75% of national income — it was three times more than the official gold reserves of the country. This is not the exact figures, but, in contrast to calculations the level of inequality in the late 1980s and early 1990s, they intuitively seem plausible, given offshore structure for large and even medium-sized Russian companies and a lot of evidence that Russian money goes through Western financial centres.

There is nothing surprising in the conclusion that the overseas is as much of Russian money in Russia. Sergei Glazyev, economic Advisor to President Vladimir Putin, said that the size of offshore wealth Russians make up approximately one trillion dollars, and half of these resources will never return home. One trillion dollars is 78% of last year’s output, and this estimate accords closely with the findings of Piketty and his colleagues. However, the eye adheres to views that are so far from the current economic mainstream that the West, almost no one pays attention to him. Meanwhile, the names of Piketty and his colleagues let their assessments and conclusions to acquire a completely different level of credibility.

The picture painted by Piketty and his colleagues, is a picture of the country devastated by the oligarchs, who managed to concentrate in their hands huge wealth. “Extreme inequality in Russia appears to be reasonable as long as the billionaires and the oligarchs remain loyal to the Russian government and perceived national interests,” they write.

All this raises the question of whether Western sanctions are hitting in the heart of the Russian system or was it only an appearance. Since the imposition of sanctions, no Western government has not made significant attempts to understand the origin of those hundreds of billions of dollars that are in offshore accounts of Russians. No significant attempts to freeze the accounts also had been taken. Money are still where they were, or are invested inside or outside of Russia for the implementation of the “alleged national interests” or for other purposes. (Putin also would like to have control of these funds, but they do not belong to his associates.)

Western attempts to trace the sources of these resources and make them available to a democratic Russia after Putin can radically change the situation. But it will require much more work and may result in numerous highly unpleasant revelations relating to Western business and politics. The current sanctions regime is not simply designed to stir up this nest of snakes.