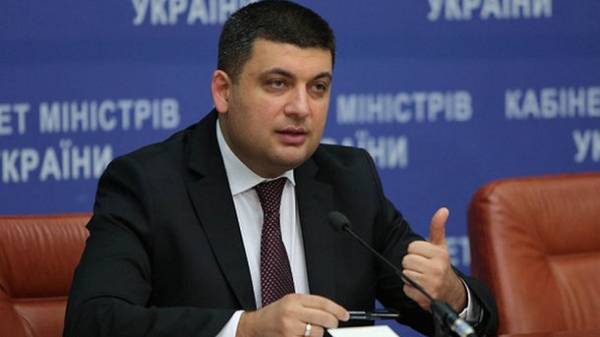 Prime Minister of Ukraine Volodymyr Groysman said that the draft state budget for 2018 will be laid in the increase of salaries to teachers in schools. The Prime Minister said on Tuesday, August 15, during selector meeting on preparation for the start of the 2017-2018 school year.

“I want to emphasize that the draft budget for 2018 we will also offer in the next increase of salaries of Ukrainian teachers”, – said the Prime Minister.

According to Groisman, the growth of teachers ‘ salaries is a priority for the Cabinet of Ministers of Ukraine.

We will remind, in January of 2017 school teachers increased salaries in half. Teaching staff of other educational institutions – kindergartens and vocational schools – such allowance will receive only from 1 September.

Even after the revision of teachers ‘ salaries, the earnings of Ukrainian teachers remains one of the lowest in the world. For example, the Polish teachers in terms of the Ukrainian currency receive a minimum of 12,5 thousand UAH per month.