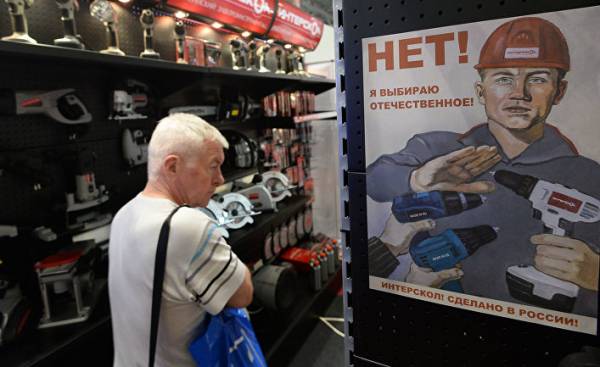 A week later, after President Donald trump reluctantly signed the law on new American sanctions against Russia, Russian companies and foreign investors still can’t understand what are the real consequences of this action. However, they already knew enough to fear that the sanctions will have a lasting negative effect on the economy only began to recover after two years of recession.

Even those who are skeptical about the actual effectiveness of the sanctions worry that cautious investors begin to revise their projects in Russia.

“It’s another political move, intended to poison the atmosphere of recovery that applies here,” says a senior official of one of the Russian mining and metallurgical companies, believe that growth will slow, but calling the sanctions the “impossible” and “pure fiction”.

“The revolt is under way. The economy has adapted to relatively low oil prices and introduced in 2014 the sanctions,” says Chris Weafer (Chris Weafer), senior partner at Moscow consulting company Macro Advisory.

“Not this year, nor in following the new sanctions is the restoration did not stop. However, the continued growth required a stronger inflow of investments from outside, and the new sanctions regime puts them at risk.”

According to analysts from fDi Intelligence, last year the volume of direct foreign investments in the Russian economy amounted to 12.9 billion dollars. This made Russia the third largest recipient of foreign direct investment in Europe after the UK and France. Russian companies have also increased domestic investment, helped by incentives of industrial policy and the weakening of the ruble increased the competitiveness of Russian business.

Financial investors have also begun to look more favorably on Russia. By mid-2015, a year after the imposition of sanctions in 2014, “specialists from Western banks for risk assessment decided that the situation had stabilized and legal risks are significantly decreased”, — says managing Director of TS Lombard Christopher Granville (Granville Christopher). According to him, it pointed out the amount of funds attracted by such companies as Norilsk Nickel, metalloinvest and EVRAZ.

Managers of many companies are additionally soothed presumably more friendly attitude of the administration to trump businessmen who conduct business in Russia. If the Obama administration pressured American business, demanding not to participate in the main Russian economic forum in St. Petersburg, and did not welcome the operations of American banks with Russian state bonds, when trump the policy ceased.

Now the reason for the previous tranquility is no more. New U.S. law tightens measures against lending to certain state-owned banks and energy companies, and prohibits the President to ease sanctions without approval from Congress. It also requires to impose sanctions on those involved in corruption projects for privatization, and those involved in the bombings of cybersecurity.

In addition, the law allows the administration of the tramp to enter a wide range of additional sanctions against companies involved in the construction of pipelines in Russia, and against public companies in the railroad, steel and mining sectors. The Ministry of Finance of the USA also should be in early next year to report on what effect should be expected if sanctions will be imposed against the Russian national debt.

“Because of this law over the business will hang a multitude of threats — says the President of the American chamber of Commerce in Moscow, Alexis Rodzianko (Alexis Rodzianko). — For example, the mention of Railways makes people that produce candy or washing powder, worrying whether they will be able to transport their goods by rail”.

“It brings uncertainty to a new level. Businesses must take into account all these threats and think about how they are real, how strong is the thread on which hangs the sword of Damocles”.

According to American experts, it is possible that sanctions never dobravshis Mr. trump will not be enforced by his administration and Congress will try to influence the President with an even tougher measures against Russia.

“This administration will not have to impose additional sanctions, or to apply existing ones, — said Nephew Richard (Richard Nephew), and research fellow, School of international relations and public policy at Columbia University, until 2015 who worked in the state Department over the policy of sanctions. — So I think very likely the emergence of new laws designed to force the administration to act — especially before the midterms of 2018, the Republicans will be beneficial to show a tough attitude towards Russia.”

“I believe that during the year we get a new bill on sanctions, and that it all “may” be replaced by “must””, — he added.

Most of all can hurt Russia the spread of sanctions on Russian sovereign debt. However, the probability of this is small.

“Complete cessation of foreign access to Russian sovereign debt would be for Russia to disaster — especially given the growing foreign presence in the Russian market of bonds,” — says a senior official of one of the American banks.

According to the Russian Central Bank, on 1 June, non-residents owned 30.7% of Russian Federal government debt (in January 2012 — only 3.7%). The holders released last year bonds, the share of non-residents exceeds 50%, and the holders of bonds with a maturity of more than seven years it is above 70%, according to Standard & Poor’s. “It’s a very large difference in interest rates between the Russian Federation and the rest of the world,” explains one of the Directors of S&P Global Ratings Karen Vartapetov.

Some analysts believe that the good state of Russian public finances and prudent fiscal policy will allow Russia to handle the situation. “In the short and medium term, it will not be for the Russian public finances fatal blow, — says Mr. Vartapetov. — State liquid assets cover a large part of the public debt and the domestic market could easily compensate for the unavailability of external”.

However, many disagree. “I’m surprised the markets didn’t react even stronger, says American banker. — If the sanctions really affect Russian sovereign debt, which is unlikely, it will severely affect the global financial system and the United States in particular”.

However, even if it is not, the law on sanctions for decades will severely constrain the Russian economy. The amendment of Jackson-Vanik to the U.S. trade act of 1974, deprived the Soviet Union most favored nation in trade relations, there were 38 years, until it was replaced by sanctions against Russia.

“The sanctions will not be weakened, — said Mr. Granville, — After all, if Russia will not become a satellite of the United States — which many vainly waited after the collapse of the Soviet Union, difficulties will be always.” 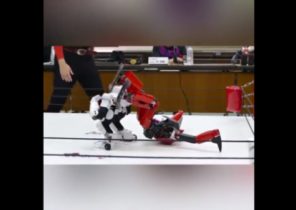