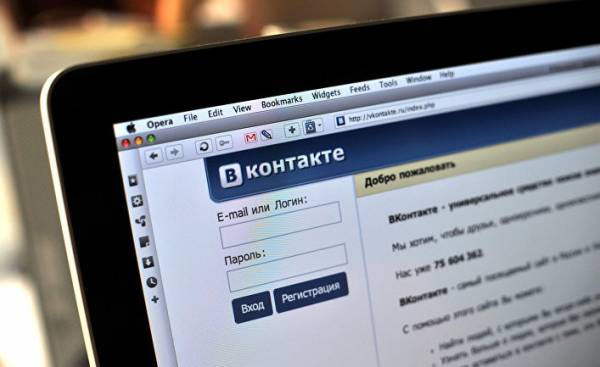 Adolescent suicidal game, which originated in Russia, makes people in different countries of the world (particularly in Brazil, where it was discovered by my colleague at Bloomberg Mac Margolis (Margolis Mac)) to ask ourselves two questions: who is to blame and how to stop that from happening?

It is possible that the “group of death”, which is now fighting in Russia, social media and Parliament — an urban legend. But this does not negate the reality of a much wider social problems, which have resulted in a tragically large number of suicides in countries in a difficult situation since the collapse of the Soviet Union.

The game that caused the Brazilian concern of parents and officials called Baleia Azul. This is a direct translation of the Russian title “the Blue whale”, presumably borrowed from a song by the Russian rock band Lumen. The first line of the song: “Why scream when no one hears what we’re talking about…”. Further it mentioned, “a huge blue whale”, which “cannot break the net.” Posting on social networks records with certain hastahane or entering into certain groups, teenagers — usually aged 10 to 14 years — come to the attention of curators, who, after checking the potential of the player, give him up to 50 daily tasks, leading to the latest job — suicide. These jobs require you to do some cuts and take other risky actions. In the last ten days the player has to Wake up at the appointed hour, early in the morning, listen to music and think about death. Those who are frightened and want to exit the game, get threats. Often they threaten to kill the parents.

The wider Russian public first learned about this game in various versions — in may 2016, when the journalist mainly antikremlin minded “Novaya Gazeta” Galina mursalieva, described the subculture, named her “groups of death”, based on the experience of his mother, twelve-year-old girl who committed suicide. After the tragedy the mother had studied the online activity of her daughter and decided to share my findings with the community to prevent further tragedies. Article Mursalieva got a response and had even been calls to restrict the access of adolescents to the Internet.
In November was taken into custody 21-year-old Philip Bodaken, presumably, the former one of the first “curators”. He was accused of incitement to suicide. In the apartments of the other administrators “groups of death” were searched. Bodaken reportedly suffers from bipolar disorder. Also, according to rumors, he had a difficult childhood, he was faced with setbacks and ill-treatment. Before the court he has not yet appeared.

This year the discussion groups of death resumed. Reports that teenagers play this game, started to come from Estonia, Kazakhstan, Ukraine and other former Soviet countries. Vice-speaker of the Russian Parliament Irina Yarovaya, a well-known conservative views, said in February that the number of teenage suicides in Russia has increased from 461 in 2015 to 720 in 2016. “The war is waged against children, the real criminal activity, very well thought-out, organized, focused and having consequences,” — said the Deputy, without specifying who exactly is fighting this war. Spring has submitted to Parliament the bill forbidding to administer the “group of death” and games like “the Blue whale”, under threat of imprisonment for six years. Last week, members are pre-approved.

“VKontakte” and Instagram, two of the most popular among Russian adolescents the social network, fight against this scourge, deleting records that are associated with the “Blue whale” hashtags. Instagram is also sending those who placed such records, reports, offering assistance and advising to go to a psychologist.

Weak spot attempts to link teen suicides with groups in social networks and with the “Blue whale” is, first and foremost, nedorazumenie causation. Teen thinking about suicide, is always to look for like — minded people- and social networks, of course, for such searches are very comfortable. My 14 year old step-daughter knows all about “the Blue whale” and speaks of him quietly and with irony — but she casually notes that some of her friends, although not reach the jumping off roofs, cut themselves to feel special and to attract attention.

Since the game is widely spread, some Russian Teens are specifically looking for “curators” to make fun of them. In one amusing correspondence this kind of “curator” asks a girl “to cut the whale”. Instead, she cuts out paper funny cat: in Russian the words “cat” and “kit” is very similar. Realizing that the interviewee is not going to seriously play the suicidal game, “curator” is enraged and promises to send his people to to deal with it. She says, “my Elevator’s broken, come on, I’d better go down and they on the eighth floor, tired, effort to kill will remain.” Of course, no one appears.

Of course, it’s possible that the game and the so-called group of death, indeed, increase the number of suicides — people, especially teenagers, are prone to commit suicide, “grouped in space and time” because of the imitative behaviour. But, nevertheless, according to the Organization for economic cooperation and development of teenage suicides in Russia has always been more than average. Now according to their numbers, it is second only to New Zealand, where the statistics of suicides greatly increase the young and disadvantaged indigenous people.

None of the international organizations now specifically monitors the level of suicide among adolescents 10 to 15 years target audience “Blue whale”. However, it is safe to say that by this parameter Russia is among the world leaders. The researchers attribute the wide spread of teenage suicides in Russia with massive family problems (divorce rate in Russia is one of the highest in the world), and also with the easy availability of alcohol and social acceptability of its use.

One should not ignore the additional pressure quasistatically corrupt system in which children of families without political connections and ties in the professional community do not see the way to success. Extremely difficult to hope for the future, if you grow up in the dreary high-rise district on the outskirts of the industrial city, and your parents drink, fight all the time or are absent, and the school situation is not better. Often Russian teenage suicide is preceded by exactly this kind of life.

Now Russian youth, apparently, looking for ways to give vent to their discontent. High school and University students became the driving force recently swept the country a wave of protests against corruption. However, political activity is not for everyone, and in Russia it is, in addition, may end up as bad as suicidal game.

The Russian government is gradually toughening the laws against suicide-related information on the Internet. Now it sometimes bans sites that just mentioned suicide. The criminalization of “groups of death” will make the law even tougher. However, teenage suicides will not become smaller if, instead of fighting their root causes will be control of symptoms. Now the number of such suicides has decreased in comparison with 1990-mi for years when most of the population suffered from a severe economic downturn. To reduce it, you need to create incentives to preserve families, to counter rampant drug abuse and alcoholism and create a more convincing image of the future for young people. However, the regime of Vladimir Putin, apparently, prefers to focus on increasing the birth rate, which Putin never misses an opportunity to mention.

Meanwhile, the “Blue whale” exploiting teenage narcissism and self-pity, will continue its March around the world. To spread, it does not require ugly Russian reality, because youth suffering the same everywhere.