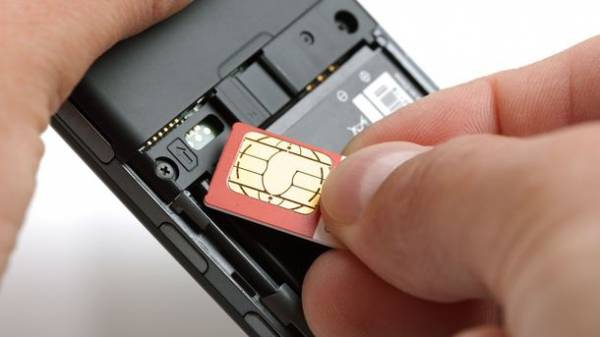 In Ukraine the fourth time trying to implement mandatory registration of sim cards. This practice has been used in over 90 countries, said the report by GSMA. Ukrainian officials are sure that this will help the police to arrest criminals. In addition, in most countries of Europe sim card is the identifier for the citizen. What will change in Ukraine after the introduction of registration of sim cards, recognize the website “Today“.

Instead of anonymity, security

The idea of registering sim cards was proposed by the deputies in 2012. Next time the MPs voted for this provision in the so-called “dictatorial laws” of 2014. It was canceled after the flight of Yanukovych. In 2015, the government and the State have developed a draft law on the registration of sim cards. This was to prevent the Russian military and the militants to anonymously pass on information about Ukrainian army and to adjust the fire by phone. And on July 19 of this year, the State again introduced a similar bill. At this time, the registration of sim cards – the fight against cyber threats.

The draft law does not specify how to pass the registration of sim cards. This should take care of Natskomissiya for regulation of communications. However, it is said that the registration may be in writing or in another form. The law can take the fall. Until 19 August, the Ministry accepts the proposal, then the project will contribute to the Parliament.

The benefit from the registration of sim cards will get everything: the government, operators and subscribers, the authors of the bill. This decision will reduce the level of mobile fraud, the police will work more efficiently and increase the level of national security of the country in cyber attacks, confidence in the State.

“To date there is no empirical evidence on the relationship between the registration of the sim card and the reduction of crime. However, check the sim card is currently available in about 90 countries,” – noted in the GSMA.

In the Ukraine may be a black market for sim cards

Operators have to find the money for the process of identification of its subscribers. In the project, the time for implementation of the law is limited to three months. According to state statistics, in the country 56.3 million active sim cards.

According to the law on telecommunications, the Ukrainians are able to be identified voluntarily. For this you need to visit the service center operator with a passport. However, in Ukraine only 10% of the users identified, said Maxim Savchenko, Advisor on regulatory issues to one of Ukrainian mobile operators.

“We have more than 23 million subscribers. Quickly identify a number of users fail. It is particularly difficult in the villages where there are no service centers. In Ukraine Telecom market kept developing in the direction of a prepaid service and it will be difficult to quickly restructure the system of sales and services as organizational and financial. Need a long transition period,” he said. 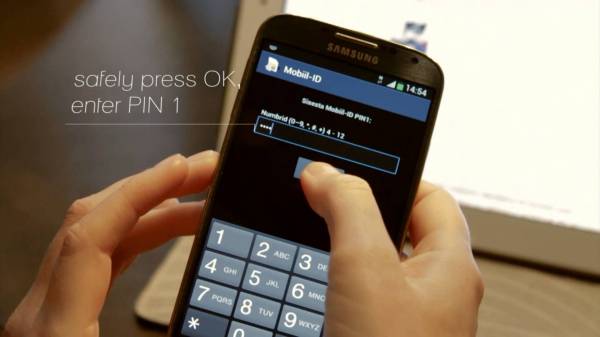 Until the end of the year in Ukraine will introduce Mobile ID, which is closed. Photo: 1080.plus

For registration of subscribers can take a year or two, said PR Director of another operator Victoria Ruban. All will depend on the way the contract with the caller: “to conclude and sign tens of millions of agreements with subscribers is unrealistic. You will need about two years. With the introduction of the electronic registration system, this period may be reduced to one year”. Another large participant of the market supports the identification of subscribers. But the registration process needs to do remote, the company said.

Great registration period may cause a reduction in the number of subscribers, predicts the consultant of telecommunication companies Roman Khimich. According to him, the Ukrainians do not want to stand in queues. This will decrease the amount declared by operators sim-cards, but over time it recovers.

“In General, I do not expect any particular effect. In most EU countries and the surrounding States, such a procedure exists,” – said the expert.

However, in the Ukraine may be a black market for sim cards. Roman Khimich says that by the experience of other countries may appear to buy a sim card that is already registered to another person.

In Ukraine there will be new mobile services

Registration of sim cards will open up new opportunities, according to the State. It can be electronic services, electronic trade and settlement using sim. In the world of mobile services have long gone beyond calls and Internet access, says Victoria Ruban. The Sim card in many countries has become a financial payment service and the “mobile passport” – Mobile ID. According to Vladimir Grauman, Mobile ID in Ukraine will start to work before the end of this year. In 2018 in Ukraine, plans to launch MNP service that enables subscribers to change operator while retaining the number. Without registration it is technically impossible.

“As practice shows, in most countries, the introduction of mandatory registration of subscribers easier access to e-government services, the opportunity of mobile Commerce, support for government programs of financial accounting, and most importantly, in our view, facilitate the process of change of operator in the process of porting mobile numbers,” – commented the press service of the major operators.