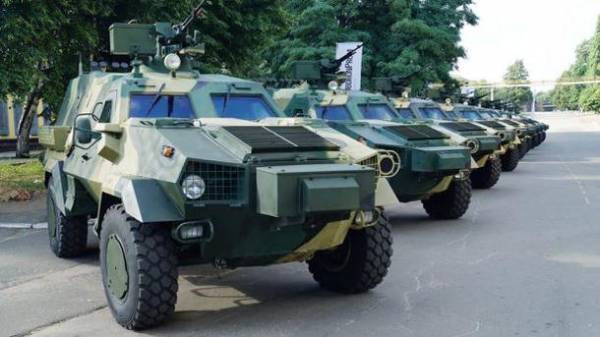 In the period from July 2014 to July 2017 the participating enterprises of the State concern “Ukroboronprom” gave the Ukrainian army 15.9 thousand units of weapons and military equipment. It is reported by “Ukroboronprom”.

“During the reporting period from July 2014 to July 2017, the Ukrainian army increased 5 thousand 281 unit new and upgraded equipment, 7 164 thousand units repaired and restored equipment, as well as transferred to 3 458 thousand units of spare components and assemblies”, – stated in the message.

As noted, the new and modernized weapons and military equipment most – of rocket-artillery armament, missiles and ammunition. The Ukrainian military also received 1 277 thousand new and upgraded systems, radar and communications, 295 armored vehicles, artillery and special equipment and 35 units of aircraft and equipment. 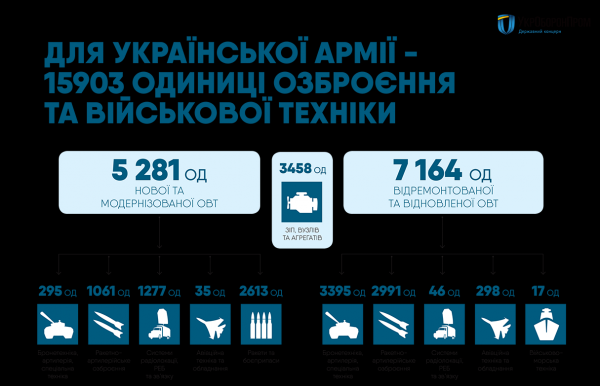 Also for three years the Ukrainian army was replenished with 3 thousand 395 units have been restored and repaired armored vehicles, artillery and special vehicles.

Earlier it was reported that “Ukroboronprom” entered the hundred best defense-industrial companies in the world in the ranking of the publication “Defense News” for 2017, taking the 62nd place.