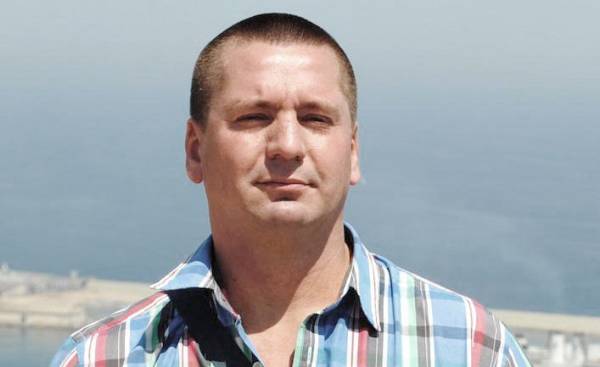 Back in July Erik Prince, the former head of a private military company (PMC) Blackwater, has publicly launched the idea to build the Afghan equivalent of the East India company and the establishment of a sort of Vice-king, who would be responsible for everything that happens in the country, as was done by Britain in India. The Viceroy, on the idea of the Prince, would decide all the issues in the country alone without layers of bureaucracy and endless meetings with Washington and would be responsible only before the President of the United States.

Prince offered to send to Afghanistan of contractors for a long time that they lived, bore all the hardships of the service, and fought shoulder to shoulder with units composed of local residents. The main investors of the project, according to Prince, may become a major Western corporations interested in natural resources of Afghanistan. The price of minerals in the country is estimated at from one to three trillion dollars.

The sound of Eric Prince was conveyed to President Donald trump and Minister of defense James Mattis and met a great deal of understanding in the military leadership of the country. But a month passed and began to emerge more details of the project of Prince, and before the leadership of the United States the issue of what to do in Afghanistan.

If you fill Afghanistan troops again, it is unlikely to play a role. Where in previous years failed 140 thousand Coalition soldiers, unable to cope and 20-25 thousand soldiers of the new contingent. It is possible again to go to Afghanistan to spend tens of years, losing thousands of lives, and nothing changed.

To withdraw from Afghanistan does the United States currently also can not afford, at least for reputational reasons and because of fears that Afghanistan will fall into the sphere of influence of Iran, China and Russia, or the power of the will to the Taliban and Afghanistan will become a hotbed of jihadists. The US must find a third way.

Therefore, the proposals of the Prince began in the United States be treated with more attention. The idea is to shift the costs and losses of the war in Afghanistan to private companies and contractors looking increasingly tempting.

What does Erik Prince?

Contractors will learn the language, adopt the customs of the local population will know their unit and all their Afghan comrades personally, will not survive that long stay in one place violate their military career.

Payment — starting from $ 500-600 per day. Contractors are encouraged to recruit not only in the US but in the UK, Australia, South Africa, Germany, France, Sweden. The mercenaries would not personally, but as a part of the Afghan units to conduct aggressive offensive operations and not only to train the Afghan army far from the best and protect your base. Prince sure for the money he can easily build an army of contractors are former military commandos and fighters of the existing PMC that had already been in Afghanistan and would not mind to go back there again.

The application cost of the mercenary army in a year, according to the Prince, — 10 billion dollars. In 2017, as expected, the U.S. will spend on the war in Afghanistan at least 45 billion dollars and over 50 billion in 2018.

Mercenary army needs support from the air, private and military aircraft. The use of private aviation Prince suggested that the Afghan leadership, as it turned out, in March of this year. Private force would use aircraft, attack helicopters and drones to the total number of 90 units, and in theory would be ready to strike at any point in Afghanistan within hours. Permission for the use of weapons would be only the Afghans, not the traders.

The official Afghan air force needs to an American Black Hawk helicopters only two years later, the Afghan pilots will start training no earlier than fall of this year. While the Afghan army in 2015 relies on air support, the U.S. air force. That is, private, the air force could close this issue until Afghan aviation will not be viable. If you ever will be.

Prince offers to take as a basis already working in Afghanistan the airline Lancaster6, which is registered in Dubai and engaged in Afghanistan under contract to the transportation of cargo and soldiers, resets the supplies for the army, but not a strike force. Chapter Lancaster6 is a colleague of Eric Prince’s other aviation projects in Africa.

Former U.S. Ambassador to Afghanistan Ronald Newman, in turn, is extremely skeptical of the idea of private force. Newman said that Afghan President Ashraf Ghani said to him in a private conversation that does not accept any mercenary force in the country. Also, Newman doubts that private army and the air force will be cheaper than the official armed forces.

Congressman Dana Rohrabacher on the contrary supports the delegation of war to private companies and States that proposals Eric Prince in the White house seriously and consider them, although everyone understands that the military will be categorically against the participation of private traders in their diocese. Prince in his interviews says that the U.S. Congress has support and that trump was personally acquainted with his offer and want to know the details.

Therefore, in order to understand who can Fund the war in the new format, who is going to pay 10 billion dollars a year, at least in the foreign media once again flashed a big interest in natural resources of Afghanistan.

In July, The Diplomat said that during the first phone conversation between trump and Ghani discussed the issues of the mining industry and the White house plans to send special representative to Afghanistan to assess the necessary investment in mining. Separately remember, and the reserves of lithium in Afghanistan, the demand for which will increase with the growth of industry electric and electronic devices, since lithium is used in making batteries. Afghanistan is even called the “Saudi Arabia of lithium”. Today, the extraction of natural resources in Afghanistan is the second largest source of income for the Taliban.

Security deposits, mines, mines, transportation, etc. looks like the perfect use of private military forces, not U.S. soldiers in uniform. The trump team has already held consultations with the head of the company for the extraction of raw materials American Elements in the subject line interested and billionaire Steve Feinberg, the owner of one of the most powerful corporations in the world of military contracts is DynCorp International. Feinberg personally advising trump on Afghanistan.

So the idea of Prince about sending to Afghanistan of a mercenary army (including private corporations) and the simultaneous development of the mining sector in a particular format may not be such a fantastic version of the future. 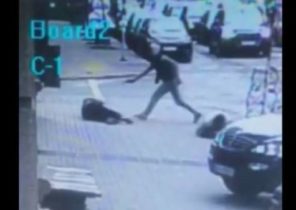 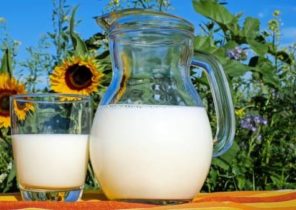 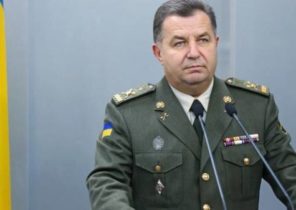 Poltorak told how many NATO advisers working in Ukraine