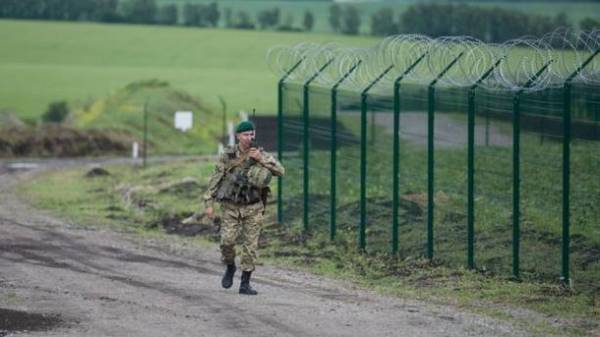 The Solomensky district court of Kiev on August 10-11 chose a measure of restraint seven defendants in criminal proceedings on the fact of embezzlement of funds allocated for the resettlement of the Ukrainian-Russian state border (the project “the Wall”). It is reported by a Specialized anti-corruption Prosecutor’s office (SAP) on Friday, August 11.

According to the report, all the defendants taken into custody with the alternative collateral, and the total bail for seven men arrested more than 25 million UAH.

As described in the SAP, the former head of the First individual of the capital construction Department of the State border service of Ukraine and the Director-founder of OOO “Stroytsentr “Vityaz” the measure of restraint in form of detention with the alternative of Deposit in the amount of 8.2 million UAH (for each).

In addition, the court decided to arrest a senior officer of the First separate of the capital construction Department of the border service and the former Director of the SE “Chernihiv Oblavtodor” SJSC “motor roads of Ukraine” with the alternative of a bail of 500 thousand UAH (for each).

“The total amount of deposits is about UAH 25.5 million Thus, the court satisfied the petition of the investigators and prosecutors in full” – summed up in SAP.

As coalsales, August 8, detectives NABOO detained suspected of involvement in the embezzlement of public funds, allocated for implementation of the project “the Wall”.