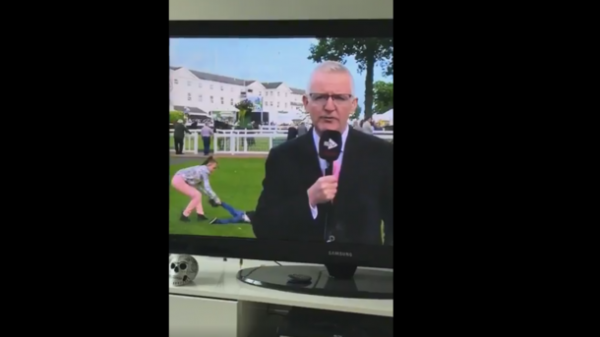 In a network there is a funny video in which during a live broadcast from Hamilton (Scotland) played out the family drama, The Daily Mail reports.

Broadcaster Jim Delahunt talked about the race, when behind him appeared a boy.

The older girl tried to pull him away from the cameras, but the kid stubbornly refused to listen to her and continued to lie on the ground. She tried to throw it over his shoulder, but was unable to.

Tired of failed attempts to stop naughty child and wanting to hide out of sight of the cameras, the girl grabbed his ankle and dragged him away.

One user wrote under the video, on Twitter: “Thank you for the funniest eight seconds of my year.”