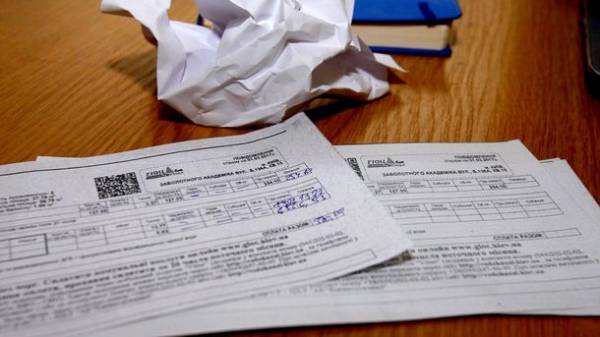 162 thousand Ukrainians
as of 4 August, used the right of visa-free entry to countries of the European Union. The number of failures to 0.03%, or 55 people. 18 of them, mostly due to the length of stay 37 is not a proof of purpose of visit.

6 446 used cars
it was imported to Ukraine in July at a reduced rate of excise tax, according to the GFS. In June, imported 5874 such vehicles.

60%
is now filling the courts of Ukraine, judges, the head of the Supreme court Yaroslav Romaniuk.

121 people
with the beginning of the year convicted of corruption crimes to imprisonment, according to the Supreme court. While 77 persons were acquitted.

8 thousand
permits a year will give the Czech Republic citizens of Ukraine – it is twice more, than now, said the Ambassador of Czech Republic in Ukraine.

20%
the increased resolution of the Cabinet of Ministers the salaries of civil servants, who are responsible for cybersecurity. It is also established that the salaries of first deputies of heads of structural subdivisions of government agencies can be up to 3% (previously 5%) below the salary of the head of the relevant division.

20 million UAH
for June decreased the debt of Ukraine’s population for housing and communal services and % to 25.27 billion, reported state statistics Committee.

4.3%
in annual terms reduced the number of editions of books and brochures in Ukraine as of August 1, and made 8757 printing units, according to data of the state Committee. The number of publications in the Ukrainian language decreased by 2.7% – to 6053 units, and Russian decreased by 11.1% and amounted to 1684.The total circulation of books and brochures in Ukraine by August 1, 2017 decreased by 17.7% from 1 August 2016 to 14.91 million copies. The circulation of such products in the Ukrainian language has decreased on 11,3% – to 9.71 million copies, and copies in the Russian language fell by 31.4% and amounted to 4.33 million copies.

0.2%
in monthly terms has slowed down inflation in Ukraine in July, compared with 1.6% in June, 1.3 percent in may and 0.9% in April, reported state statistics Committee. Since the beginning of the year inflation amounted to 8.2%. In annual terms – that is, by July 2016 inflation accelerated to 15.9%.

21%
more annually paid since the beginning of the year, the largest taxpayers of the country is 176.6 billion UAH, reported in the Office of large payers. One third of this amount came from the company’s oil and gas sector – 57.6 billion UAH. A quarter of the amount received from the enterprises of processing industry – UAH 45.1 billion.

The main taxpayers in this sector were the tobacco companies. In 2016, tax revenues from large taxpayers increased by 32% compared to 2015 to 215 billion. The register of major taxpayers in 2017, increased from 1751 to 2834 companies due to changes in the Tax code.

4.09 million tons
nefteproduktoobespechenija in January and July for the total amount of 2.09 billion. In real terms imports of petroleum products increased by 5.4%. The main volume of fuel 50,48% in monetary terms received their Belarus, 24,33% – from Russia, with 8.9% – from Lithuania.

1%
reduced the international reserves of Ukraine in July, to 17,795 billion., less, according to the NBU. The drop was primarily due to the costs of the government in the amount of 579,4 million dollars. for the servicing and repayment of public debt. Since the beginning of the current year the volume of reserves increased by 15%.

5 billion UAH
the NBU transferred to the state budget – the fifth tranche of the enumeration part of their profits for the year 2016. Until the end of the year is to list 14.4 billion UAH.

751 thousand tonnes
sugar has put on foreign markets Ukrainian producers since the beginning of the 2016-2017 marketing year (MG, September 2016 – August 2017), which is six times higher than exports during the previous marketing year, said the Association “Ukrtsukor”.

4.75 billion.
Ukrainian metallurgical enterprises in January-July exports of ferrous metals, while their share in exports of the country is 19,91%, according to GFS. In the past year reduced earnings from export of ferrous metals by 10.3% to $7.3 billion.

68.3 billion UAH
refunded to the payers of VAT in January-July, with the declared 66 billion UAH, reported in the GFS. It on 41,4% more than in the corresponding period last year. From 1 April the debt on VAT refunds reduced by 90,5% or by UAH 13.9 billion.

1.8%
grew in July, the volume of lending to the corporate sector in national currency , and households 1.6%, reported the NBU.

2 110
oil and gas drilling rigs worked in the world in July 2041 in June. While the July level on 629 more than in the same month in 2016. Growth continues for the third straight month and reached the highest level since September 2015, according to the us oilfield services company Baker Hughes. By the end of 2016 the average number of operating rigs in the world has been minimal over the past 17 years – 1593 units a Year earlier, there were 2337, while in 2014 the world worked the highest since 1985, the number of drilling – 3578.

24% of the shares
Turkish beer producer Anadolu Efes has received in October, the world leader in brewing Anheuser-Busch InBev (AB InBev) as a result of the merger with the British SABMiller. Recently Anadolu Efes and AB InBevзаключили agreement to unite their business in the countries of Eastern Europe, including Ukraine.It is expected that the transaction can be closed before the end of the first half of 2018. Up to this point, the company will continue to operate independently.

Up to 10 thousand euros
discount offers in Germany, the Volkswagen group under the program trade-in (buy-out replacement) for old models of cars with diesel engines. While you can donate cars of any manufacturers.

To 97.6 million
barrels per day with 97.5 million International energy Agency (IEA) raised its growth forecast for oil demand in 2017. The forecast for 2018 was revised downward: from 99.4 million to 99 million the Agency also notes that despite the agreement reached by the OPEC countries in July increased their oil production, which puts downward pressure on world prices.