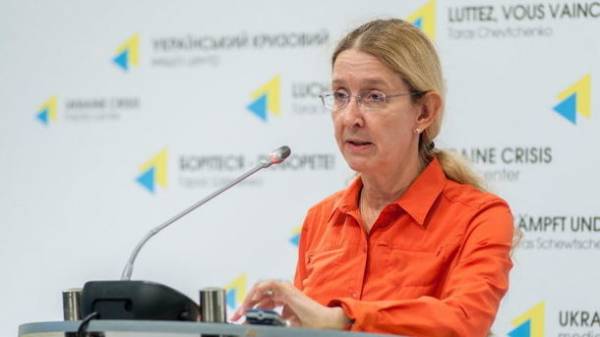 The detectives NAB closed criminal proceedings against the Minister of health Ulyana Suprun regarding the possible misuse of budget funds as a result of the international drug purchase in connection with absence of structure of a crime.

“On 30 March, the detectives NAB closed criminal proceedings concerning officials of the Ministry of health, the open SAP prosecutors on their own initiative February 27, 2017 with the qualification of h 2.210 criminal code of Ukraine”, – the press-service of NABOO in response to the request ZN.UA.

It is noted that the production is closed from-for absence of structure of a criminal offense.

“The publication, which became the basis for the opening of prosecutors SAP criminal proceedings, on the website is missing (we are talking about the article in the online edition Gazeta.ua “Suprun transferred to the banks the billions earmarked for drugs”). A printout of this article, which was attached to the report of the Prosecutor were not properly certified. Therefore, the requirements of the Criminal procedural code of Ukraine concerning the opening of criminal proceedings was not complied with,” reads the response from the Bureau.

“In addition, after the analysis of the existing procedures for procurement of drugs for the state budget, it found that because these purchases are made through international non-governmental organizations, any opportunity to the sole dispose of funds on the part of officials of the Ministry of health, the more they are presented to accounts in banking institutions outside of the established procedure, is currently excluded,” – added to NABOO. 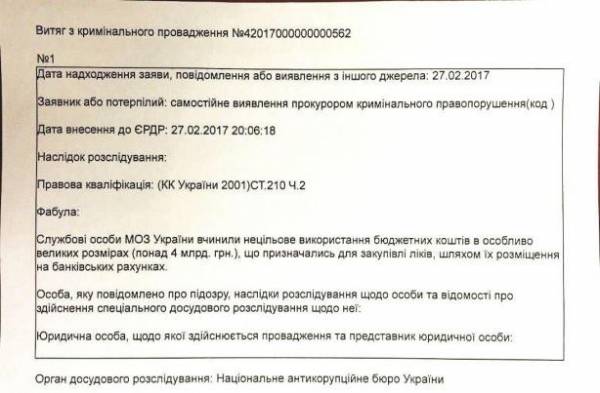 As previously reported, against the leaders of the Ministry of health opened a case for the misuse of UAH 4 bn. In the extract from the criminal proceedings indicated that the reason is “self-identification by the Prosecutor of a criminal offense”. 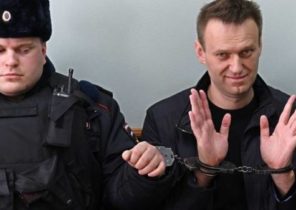