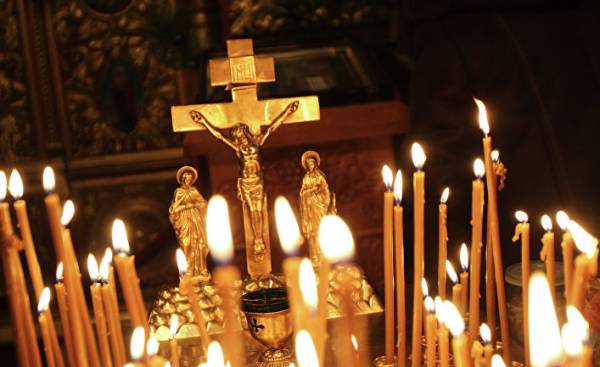 Civilizational ethics be respectful to the enemy. It was seen equal. Saw in him a man with all weaknesses and strengths. It is always possible to adequately assess the opponent and not to overestimate their own strength. Shapkozakidatelstvo and disregard the enemy has never been considered a sign of good manners. The enemy were to kill, to execute, but it has never welcomed a mockery of his memory or on his body. It was the lot of commoners and plebeians, but not aristocrats.

Until the twentieth century adhered to a specific code of honor, which could only be broken by those who deny the civilizational norms and mores. At the heart of this code lay respect for human dignity of the enemy, rival, opponent.

…Read again “the Ballad of East and West” by sir Rudyard Kipling. Dialogue son of Colonel and rogue Kamala is revealing. When a young Englishman falls from horse — Kamal demonstrates the generosity, helping the boy to rise, and the result is a dignified conversation between people who consider each other enemies. By the way, I’m not sure that our politicians at least read this deeply symbolic text…

… Cicero, having achieved the execution of Catiline’s supporters were asked to bring their severed heads. He kissed each head with the words: “They were!” Emphasis on the word “was” is better than any epitaphs and posthumous recognition of fallen enemies of Cicero, who soon himself became the victim of the executioner.

…The Tartars of Batu Khan, destroying the city and enslaving the country, highly appreciated the heroism and dignity of really strong opponents. So it was with a Yevpatiya Kolovrat. So it was with Dmitry Envichem. Last (the hero of the defense of Kiev) even saved a life.

…In February 1921, he died one of the ideologists of Russian anarchism of Prince Peter Kropotkin. The head of the bloody Cheka arrived at Butyrka prison, where cells were arrested dozens of anarchists — some of them waited for the death sentence. Dzerzhinsky promised to release them all on the day — the funeral of Kropotkin (really outstanding revolutionary and thinker). But with one condition: they give your word anarchist, that voluntarily going back to prison. We probably do not understand but the next day every one of the anarchists had voluntarily returned to prison. From the Bolshevik Dzerzhinsky — a demonstration of confidence in the enemy. On the part of anarchists, the inability to transcend the word of honor.

All this is in the history, far in the past.

Those who cry about the revolution of dignity, demonstrate real devolution, degradation and devaluation advantages. This is just the most “advantages” are not enough by “children of the barricades and tires”.

This is evident at every step.

The uncritical perception of reality. Sorry, but “revolution” did not generate any new culture, neither new science nor a new Outlook. Actually pushed solid serosovin — product of Western debate and discussion in the context of the so-called “open society”, although, in the West, the concept of Popper, cherished and supported by Soros, the crisis and went into a deadlock phase.

There is no desire for deep change. Reform as a continuation of the process of painting in the national colors of bridges and borders: at the rust, for the mind, for pleasure, before the first rain, which will wash away the results of the show.

And as the apotheosis — the inability to behave decently with opponents. Especially with dead opponents.

I’m not talking about the enemies.

Iryna Berezhna has never been an enemy of Ukraine. The fact that she did not perceive the Maidan and did not perceive the current government — does not mean that she acted against Ukraine. Who said that between the Maidan and Ukraine is the equal sign? Who said that Ukraine is Poroshenko and Avakov? Yes, she had different views. Yes, she thought we may have a different path of development, in addition to Western. But this is not hostility to Ukraine!

Her death revealed ulcers and vices of post-Maidan society. Disgusting to watch as “activists” and “Champions” began splashing bile, trying to vent his anger against a dead enemy. Offensive, name-calling, speculation, bullying — all these merged into an angry cacophony of social networks.

This dignity? This civility?

Death gentle was the rain that washed away the false smears of blue and yellow, fake, ostentatious patriotism, and exposed the banal dirt and rust that was trying to cover up and embellish.

You can treat the person. You can judge him. But the death of the call. About who was right and who — not — to judge not to us but to posterity. And today’s slap in opponent will result in the flow of saliva in camel address spitting from the side of the next generations. Karma revolutionaries that planning dances on the bones of enemies, they do not find understanding from their own children and grandchildren. An example of the Jacobins and the Bolsheviks learned nothing from the current Ukrainian red guards, considering that they came to power forever.

No — the margin of safety and the limit set by the story, and today’s “activists”, and the current government is gradually depleted. The wheel of history revolves, and his laws of motion are not written to the Bank and not even Sikorsky.

Just sometimes it is worth thinking about dignity. About banal human dignity. About the most discredited and Shalagina, a filthy term that was called something like a revolution.

Spraying the dirt Irina, who will not respond, you don’t get better than her, stronger than her, promising her. Your anger and envy don’t give you be higher.

Therefore, in our latitudes in our time is not destined to be born nor to the new Cicero or Sulla new or a new Caesar. Moral and ethical guidelines issues. Code of honour of a citizen. With sincerity with ourselves.

Before you sputter, be honest: “She was!”

And then, if you don’t want to say anything good about the deceased, just shut up. 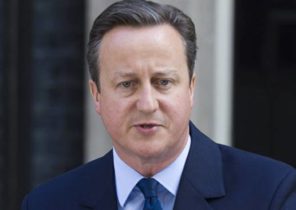