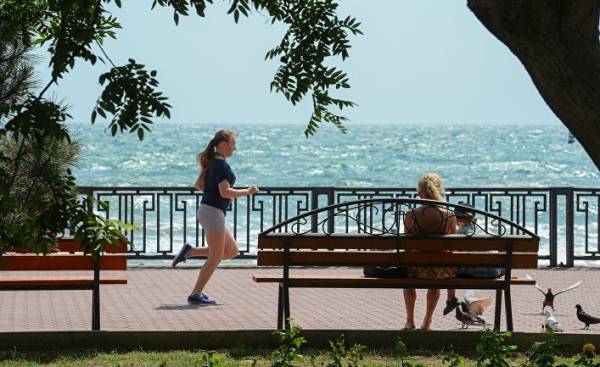 According to one of the leading experts in the field of life extension, in 60 years people will be able to live to 120. Research shows that biological or “internal” process of aging could be slowed, so that we can live much longer than 80 years. According to the results of the same studies, drugs that interact with our DNA, help longer able to maintain the functioning of our body.

However, experts emphasize that to get the full effect of these medications, be sure to combine with a healthy lifestyle. However, scientists are still unclear what the impact can have a life extension to 120 years for its quality. Side effects of such treatment is also unknown.

In several European countries the possibility to begin testing of the considered drugs in the next three years. Professor Vladimir Khavinson, Director of the St. Petersburg Institute of Bioregulation and gerontology, said: “We have to understand that no one wants to live long if it does not maintain their health. Now we should focus on how to allow people to stay healthy longer”.

Six of the considered drugs already available in Russia. This is primarily timalin that support the functioning of the immune system, and Cortexin, which helps to preserve the activity of the brain. The action of these drugs is based on the so-called “theory of peptide regulation”, whereby the interaction with DNA promotes the protein synthesis, which in turn increases life expectancy.

Speaking at the international Symposium on anti-aging medicine in Geneva, Professor Vladimir Khavinson said: “One of the key indicators of aging — the decrease of protein synthesis. We came to the conclusion that to restore it to the level of standards possible with the help of bioregulators, and found the best way to maintain natural production of peptides by the body in the required quantity. Developed by our research Institute of technology is based on the isolation of peptides of the same structure as that of a human, tissue of young, healthy animals.”

In the framework of similar studies carried out by specialists of the medical center GLMED in Moscow, carried out an assessment of 60 markers of longevity in people aged from 31 to 72 years during the course of treatment with the examined drugs. The results show that in combination with a healthy lifestyle these drugs for 12 months can reduce the biological age of a person by an average of approximately two years.

However, experts emphasize that supplementation should be combined with a healthy lifestyle based on the Mediterranean diet, physical activity and reducing stress levels.

Mario Barbagallo; Chairman of the clinical section of the International Association of gerontology and geriatrics, says: “the Mediterranean diet is known worldwide as an ideal nutritional model. Studies show that people who follow it live longer and suffer less from cardiovascular diseases, obesity, atherosclerosis, diabetes and cancer.”

Professor Khavinson adds: “a Healthy lifestyle is a good start. Good environment, fresh food, physical activity and advances in modern medicine (especially in the field of peptide technologies) can allow the current young people in the future live up to 120 years. However, we must understand that no one wants to live long if it does not maintain their health. Now we should focus on how to allow people to stay healthy longer”.

HOW ARE THESE DRUGS?

Specialists from St. Petersburg Institute of Bioregulation and gerontology conducted research on animals of 17 species, including mice and monkeys, and the results showed that the drugs, based on the theory of “peptide regulation” makes a special connection — so-called peptides interact with DNA. This, in turn, leads to the development of certain proteins that increase the life expectancy. According to researchers, the drugs should have the same effect on people.

HALF-HOUR RUN CAN EXTEND YOUR LIFE BY 9 YEARS

According to one study, just half-hour run five times a week can extend our life of nine years. Research shows that people who are regularly doing physical exercise, can slow the aging cells of your body.

However, according to scientists, to achieve a sufficiently strong effect, these exercises should be very intense. Experts from Brigham young University found that at the cellular level, intense exercise, prolong life for nine years, and exercise with a moderate load — only seven.

In addition, it was discovered that women to slow the aging of cells it is necessary to run up to 30 minutes a day, five days a week and men up to 40. The researchers add that such physical activity may delay the appearance of wrinkles and gray hair.