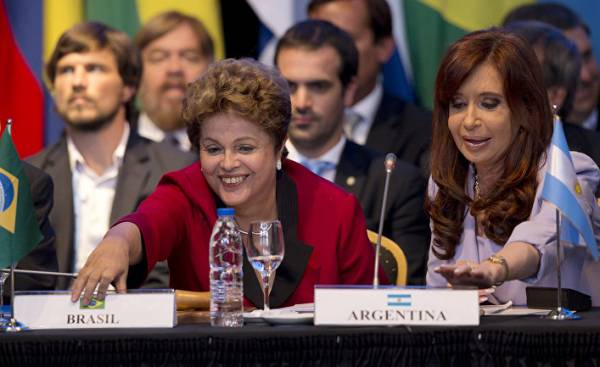 Cristina Fernandez de Kirchner, the most recent incarnation of the powerful Argentine populism has a chance to win the primaries, which will take place on Sunday (13 August), and it will mean a return to the political forefront only 20 months later, after a failed attempt to promote his successor in the presidential election.

Her victory will affect not only the situation inside the country. Despite all the differences that exist between Argentina and Brazil, this event could be a prelude to similar to return of populism on the Brazilian elections of 2018, whether Luis Ignacio Lula da Silva or any other representative of this multifaceted movement.

In studies of Paso (open, simultaneous and mandatory pre-election), which are a kind of dress rehearsal for the actual election (in this case we are talking about is scheduled for October legislative elections, which will be elected one-third of the Senate, or 24 seats, as well as 127 MPs — a total of 257 people), Kristina with a small margin ahead of its competitors, it’s true.

At Paso no one comes out the final winner at this point is determined only parties that can participate in elections and candidates, which they will be able to nominate. Only for party unification, who received 1.5 percent of votes will be eligible to participate in the actual election.

That is, even if Christina, Senate candidate, gets the most votes in the primaries, there is no guarantee that it will be chosen in October (and even less that she will become President in 2019).

However, her victory in the primaries will have a “highly negative impact” on the government of President Mauricio Macri — so says a columnist for “La Nación” Louis Maeul (Luis Majul): “the negative consequences that can affect the situation inside the country and abroad, affect the real economy, the financial sector and on foreign investors and markets.”

Based on this observation, we can have certain Parallels with Brazil. Makri and Michel Temer attended so-called presidents-populists and currently trying to follow a liberal policy in contrast to the policy of economic intervention of their predecessors. Between these opposite political programmes and to choose the voters in Brazil and Argentina.

Of course, to attribute bad results to one of the Macri wrong; they are partly due to the decision of problems inherited from the government of Cristina. However, for the vast majority of voters matters not a scientific explanation for their troubles, and the emptiness they feel in their pockets.

For example, in Brazil no one cares that unemployment is largely a legacy of the government of Dilma; all outraged that Temer is not able to significantly reduce the unemployment rate, which largely explains its extremely low popularity in the country.

The fact that primaries are scheduled in Argentina on Sunday, will measure the power of populism — that the eternal character as that of our neighbors, and in Brazil itself.