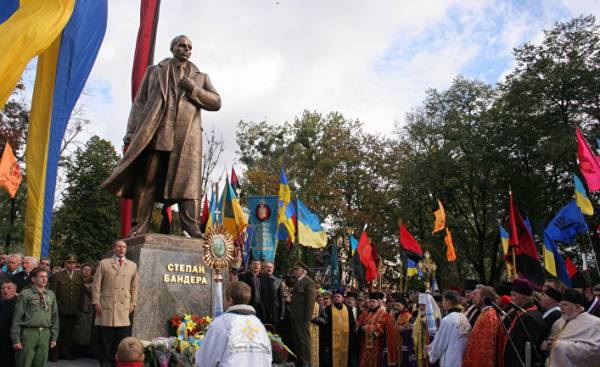 First of all I want to say that we should not focus on the restoration of historical discussions around difficult issues, and its sequel. The fact that such discussions are held, and moreover, created a special format in 2015 the Polish and Ukrainian Institutes of national remembrance — an event where 12 academics working in the area during the Second world war, which twice a year is collected in Poland and professionally discuss the issues of the Polish-Ukrainian conflict during the Second world war.

Accordingly, in the dialogue on this subject on a historical plane no problem, he is, thank God, is developing. The only problem is the excessive politicization of this theme is Poland. Unfortunately, Mr Waszczykowski (Witold Waszczykowski, the Minister of foreign Affairs of Poland, historian, diplomat and politician — ed. ed.) is one of the speakers politicization of this topic with his famous statements that allegedly Ukraine with Bandera will not come to Europe, and other such things that indicate his desire as a policy and wish other politicians from the camp of “Law and justice” in some way affect the assessment of certain historical events in Ukraine.

Think that is not correct, when politicians do try to impose their political assessments of the past. This is an obvious problem in the first place historians.

I think that Ukraine in this issue does it right: Ukraine continues to investigate this subject, the Ukrainian researchers working in the archives, published studies. I am convinced that policy all you need to do around this subject, have already done before. We have a General statement of the two presidents, two parliaments, and it is obvious that more political participation in the coverage of this topic, rather, hurting both understanding the past and may be cause for further deterioration of relations in the present.

Mr Waszczykowski said that in our history there are heroes that unite us. Of course, we must remember them. However, we must understand that in our history there will be individuals who are heroes to Ukrainians and criminals for the poles, and Vice versa. One of the foundations of mutual respect is to respect this difference, so we must respect that each of us has the right to this difference.