Russian military journalist Arkady Babchenko commented in a Facebook message music editor Dmitry Molina that at the memorial service for the choir of the Alexandrov Ensemble came to only about 50 people.

Babchenko said that before the public demanded to revoke the citizenship of a journalist Bozhenov Naryn, which did not show sympathy at the death of NTV correspondent, flying on the Tu-154.

“The petition for deprivation of citizenship nestorbasic Bozena was signed by one hundred and seventy thousand…. Homeland leave you, son. Always. As for the rest keep silent”, – he wrote.

Earlier in the blog on “echo of Moscow” Molin said that in elohovskom Cathedral at a memorial service on 9th day after the crash of Tu-154 came only close family and friends. “No one in the stripes was not. Even the colleagues do not come – on the team and in the shop,” – said the journalist.

We will remind, the aircraft of the defense Ministry, on Board of which there were 92 people – the Russian military, the performers of the Alexandrov ensemble and the representatives of the Russian media, flying on new year’s concert in Syria, was wrecked on 25 December in the Black sea.

After the crash of Tu-154 journalist Bozena of Rynska in Facebook thanked “God for a bonus in the form of the crew of Ntwork”. This post has been criticized in the Russian media, in the Internet appeared the petition with the requirement to deprive the Public of the Russian citizenship. Also started to collect signatures for the deprivation of nationality of the journalist Arkady Babchenko, who said he does not feel sorrow about the death of Russian military and journalists. 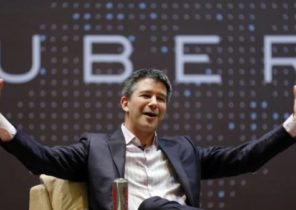