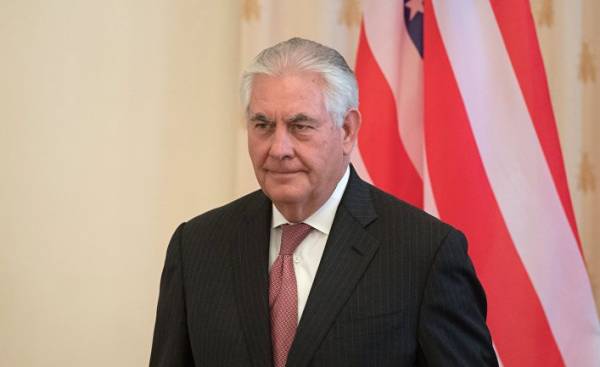 Visit the Secretary of state’s Rex Tillerson to Moscow was eclipsed by the news that Russia in the UN security Council vetoed a draft resolution on investigation of attacks with chemical weapons. When Tillerson met with senior Russian leadership, including President Putin, the US representative to the UN, Nikki Haley issued a statement condemning Russia’s actions: “Russia’s high time to stop protecting Assad. Russia’s high time to begin serious work for peace and not create problems”. The trump today called Syrian dictator Bashar al-Assad “animal”. But forcing Moscow into a corner on the Assad administration trump reduces rather than increases the chances of resolving the conflict.

Tillerson was not easy. In the last days he was very actively and intensely engaged in matters of foreign policy. Although the Secretary of state just two days ago, described Russia as “incompetent” due to its support of Bashar al-Assad, he seems determined to insist on at least a modest “reset” of relations with Russia. Tillerson has just concluded his meeting with Putin. It was the first official talks with eye to eye between the Russian President and high-ranking member of the administration trump. Putin is the end showed evasiveness, not to speak clearly on whether or not to meet with Tillerson. He eventually held this meeting, prodigalities that the Kremlin does not intend to go on a collision course with Washington. On the contrary. When Tillerson eventually got an audience with the Russian President, they talked for almost two hours. This could be the beginning of better relations promised by trump during the election campaign.

But especially count on it not worth it. Results from the meeting, Tillerson and Putin turned out to be minimal and is nothing compared to those bold conceptions of Russian-American cooperation that trump has put forward during his presidential campaign. First, it is unclear whether there was in fact suspended the agreement on the prevention of conflict situations in Syria, which Russia promised to restore. Moreover, the two leaders themselves said that between two countries there is considerable tension, and that rebuilding trust will take a lot of effort. The Russian Ministry of foreign Affairs expressed optimism, noting the importance of finding consensus on Syria and the necessity of creating a broad anti-terrorist coalition. Even harder Russian and American leaders will find common ground given the obvious tightening of the US position on the future of Assad. The administration of the trump again proclaimed the slogan “trump needs to go.”

It’s not the only one somersault, a perfect trump. He had a meeting at the White house with NATO Secretary General Jens Stoltenberg and made a startling statement — at least for those who have followed his statements during the campaign. He has a new opinion about NATO. “I called it outdated. It is no longer obsolete”. And about Russia trump said: “We are at a historic low in terms of relations with Russia.”

Reboot reboot is a hard task. But the administration trump almost instantly agreed with the conventional wisdom of the establishment that she had once condemned. The new cold war and the deterioration of relations between Russia and America today is much more likely than their recovery. In other words, militancy Nikki Haley spreads very rapidly in the administration of the trump. And this administration is not abandoning the foreign policy of the last decades, and approves it. 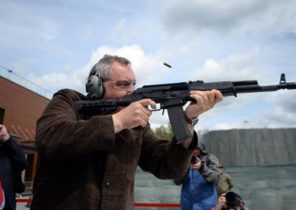