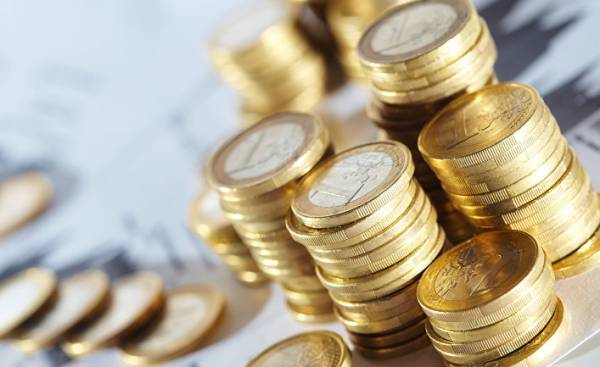 Clearly the decision of Daniel Loeb (Daniel Loeb) the sound could not. At the end of June investor activist, founder of hedge Fund Third Point and one of the richest men on the planet according to Forbes, boasted the acquisition of the shares of the Swiss company Nestle SA in the amount of 3.5 billion dollars (converted to euros 3 billion).

It was the largest investment in the history of the Fund. The acquisition Loeb is due largely to the complicated structure of Nestle, which, in his opinion, requires urgent reduction, and of course, with significant displacement inside the food industry which is stuck in a consolidation phase.

But there is another important reason for investments, which Loeb has tirelessly emphasized — and which applies not only to Switzerland. Europe again held in high esteem by the owners of capital. The so-called old continent in the second quarter showed good performance, said Loeb in a recent report to shareholders. In this regard, Third Point invests in Europe in an unprecedented 2010 volumes.

Good prospects for profit in Europe

Current figures provided by Bloomberg demonstrate clearly the return of Europe. While global investors reduced their investments in Asia and the United States, investment in Europe in June for the second month in a row showing growth, which greatly contrasts with the previous twelve months, when it was withdrawn almost $ 16 billion.

Erupted again interest, especially American hedge funds, the visible here, primarily in the fierce battle for the pharmaceutical company Stada, and this is due largely to the improved situation on this side of the Atlantic. In July, the IMF noted the strengthening of the recovery in the Eurozone.

And recent data on the situation, the European statistical Agency, Eurostat, said that the rise is gaining momentum and no longer only in Germany. In the second quarter growth in the Eurozone accelerated to 0.6 percent for the year, for the first time in 2015 is expected to increase in the amount of more than 2%. However, the unemployment rate within the Eurozone is at its lowest level since 2009.

Major investments in Europe seem now not only the idea of hopeless romantics and serious hope for profit. And it is the moment the second largest European economy, France, has overcome the political uncertainty with the election of Emmanuel Macron and his party’s victory in parliamentary elections.

Trump is that nothing is done

The unexpected return has another reason — Donald trump. An American President who advertises his letters, appointments and dismissals of their employees mainly through Twitter, in the first half of his term mangled a lot of firewood, and at the same time in relation to their ambitious campaign promises from healthcare reform to tax reform and the announced investment program is made. Global investment community has already made conclusions from this, as confirmed by the drop in the dollar against the Euro to 1.18 dollars per 1 Euro.

And Loeb in their report indicates openly that the Third Point in the second quarter recorded a growth of — and not thanks to but in spite of the administration of the trump. “We are already in April pointed to the fact that the policies of Washington can be slower or not take place”. Consolidation of growth around the world is more important than orientation to Trump Trade.

This refers to the simultaneous growth stocks, bond yields and the dollar, which the financial markets with glee celebrated with a victory trump the election, but then the trend began to decline. The growing discontent of the influential hedge Fund managers, many of whom traditionally support the Republicans, may collide with trump at the latest in Congressional elections next year if the billionaires on wall Street even before this time will not deprive the party of his money and location.

Politics plays only a minor role for hedge funds

Europe compared with the US is stable despite a number of unresolved issues associated with the migration crisis, the consequences of Breccia or most problematic country at the moment is Italy. Many important decisions — the election in France, a referendum in the UK out of the EU — have either been left behind, or carry (as the upcoming elections to the Bundestag), from the point of view of investors, weak capacity of surprise. Thus Europe after a long period of instability has once again become predictable.

However, the policy in the actions of many hedge funds played only a minor role. Much more important for the insatiable “locusts” of the capital markets of what is now the European entrepreneurial landscape actively reconstructed, which allows you to make profitable deals on the takeover and restructuring of companies. According to Bloomberg, in the first half in Europe was made of the takeover deals in the amount of 566 billion — an increase of almost 10%, while worldwide the number of acquisitions decreased by 4%.

This is another reason for American hedge funds to stay on the “lawn” of Europe — unfortunately raised concerns that result — as, for example, after the purchase of Nestle stock by Loeb — face additional pressure and unsolicited advice.