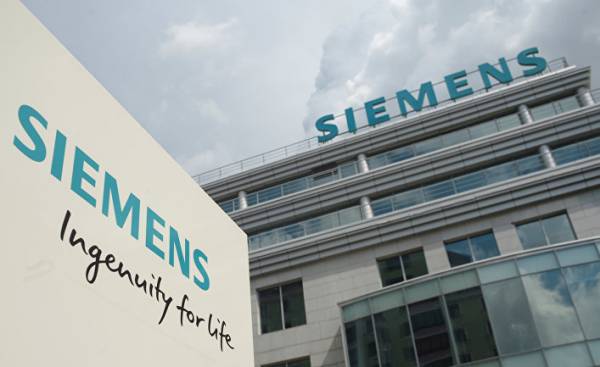 Four imported turbines Siemens will not be able to provide uninterrupted power supply. This was confirmed by what happened a few days ago a large-scale failure of electricity supply in Crimea. High temperature on a continental part of Russia has led to a strain on the network, which had cut off the supply of annexed the Peninsula via submarine cables. With four gas turbines, which Russia despite sanctions with the help of tweaks put on the Crimea, will be equipped with two power plant under construction, whereby it is planned ultimately to cover the shortage of electricity. However, it is unclear how quickly it will be implemented this plan.

Siemens supplied the turbines, believing that they are intended to project power on a continental part of Russia. In response to this error, the Munich group has restricted its activities in Russia. Equipment supply for power plant suspended state customers as long as they do not guarantee Siemens that the equipment will remain on the agreed in the contract territory. In addition, Siemens disclaims minority interests in Russian companies that were involved in the smuggling of turbines in the Crimea and were involved in their commissioning.

The fact that the Siemens turbine could begin the complexity, the Russian knew. In late July, the energy Ministry announced the construction of another power plant on the Peninsula, this time with a capacity of 100 to 120 MW. Both plants, which are now installed Siemens turbines have a capacity of a total of 940 MW. They should partially begin in the first half of 2018. However, the installation, startup and maintenance of such a large, technologically highly complex gas turbines is a real challenge. Requires knowledge of the manufacturer — at least when the equipment has to work efficiently and effectively.

It is clear that Siemens in this case does not reach the Crimea. However, a small gas turbine that should be installed for additional power plants, the Russian company can produce on their own. Knowledge about the production of large turbines Russia after the collapse of the Soviet Union lost. In the depths of 90-ies due to insufficient public funding in the power supply is not invested. Manufacturers are unable to keep up with the progress.

When at the beginning of the XXI century has raised the price of oil began to invest heavily in new large power plants, but preferred to purchase turbines abroad. Only after a large amount of time and at a high cost to the producers managed to close the gap. From the point of view of the decision of the operators of the power plants seems clear. Meanwhile, Russia is developing its own high-power turbines, but serial production is not yet established.

After turning off the power supply of the Crimea from Ukraine, the Peninsula needs a new large power plant. Coal on the Peninsula there is gas there but it goes by pipeline to continental part of Russia. The necessary gas turbines produced in Russia only through the joint venture Siemens Gas Turbine Technologies under the leading role of Siemens in partnership with the Russian Power Machines. There are major works on production of these turbines, although components are imported.

The import of entire turbines fell under the sanctions against the Crimea. The irony is that with the help of the Moscow trick with turbos is compromised turned out to be exactly what a joint venture which probably did the most for the technology transfer during the construction of this equipment. Other foreign manufacturers, such as American General Electric and Japan’s Mitsubishi needs to look closely at this case.

The largest Russian manufacturer of equipment for power plants Power Machines — a minority partner with a stake of 35 per cent under the control of magnate Alexei mordasheva. Power Machines at the same time is the largest Russian manufacturer of machine-building industry. The turnover of the company in 2016 has increased by 18 percent to USD 1.2 billion, was recorded a small profit or loss in the amount of 64 million dollars. The company has large debts. Designated Agency Moody’s weak fiscal position in 2017, probably will get worse. And demand in the domestic market, which focused on the company, is also low.

In fact, Russia has completed the investment cycle for new equipment. In the next five years, according to media reports, are to be connected gas turbines with a total capacity of 6 GW, but the equipment is almost all already purchased. In this regard, as they say, power plant operators, the suspension of deliveries from Siemens for them it does not matter — besides, the Germans continue to hold a very profitable work for them to service the supplied equipment.

It is unlikely that Siemens in a next step, quite gone from the Russian market. The energy Ministry is already discussing plans for the modernization of old power plants, which will start in 2019 and will affect 45 GW. The size of the programme, according to the Bank Renaissance Capital will amount to 24 billion dollars. If Siemens wants to miss a piece of this pie, we’ll see. However, this warned the Minister of foreign Affairs of Ukraine Pavlo Klimkin, who, admittedly, biased against Russia. In an article for the newspaper Die Welt he recently advised Siemens and other companies to refuse to cooperate with Russian state companies and has put it diplomatically: “When you shake their hand, then count your fingers.” 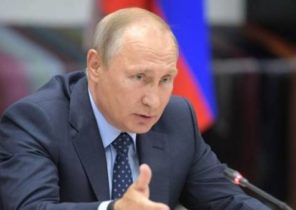