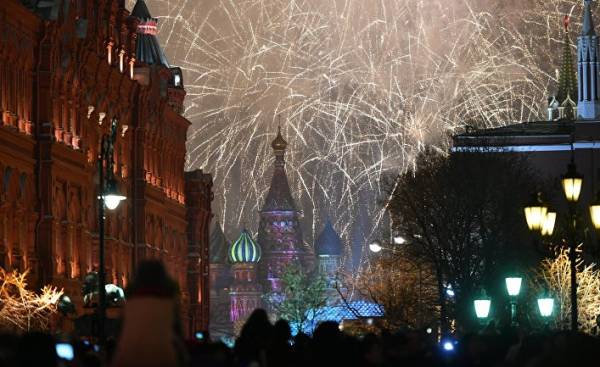 Last year, when trump was elected President, all of Russia rejoiced in the event. But now 6 months later, America still continues to impose sanctions against Russia, and it is unlikely the situation will change in the near future.

The Russian media, which is also expected to improve the relationship, have lost hope. On 25 July, the US released a new package of sanctions against Russia, followed by immediate reaction of Putin. Now, apparently, personally, trump is trying to improve relations between Russia and the United States, but it is hardly possible, in the future of the country is waiting for the deterioration of relations.

After the Second world war, the United States has always been the enemy of Russia. Configured anti-Russian Washington have always accused Russia of imperialism and chauvinism. Putin has always advocated the protection of family values, traditions in the family, inhibiting the spread of homosexuality has reinforced Patriotic education. That Putin always provoked condemnation from Western countries and the United States.

In many countries, the importance of politics soft power is sometimes overestimated, and sometimes underestimated. However, it is impossible not to recognize how it is effective in the international arena when one government makes the interests of the people as an instrument of foreign policy. Often the Western countries consider the differences between Russian values and Western for “the main weapon of Russia”.

As you can see according to the media, China mostly sees just how one-sided interpretations of Western and American mass media of the Russian “soft power”. And as the Russian cultural and political circles refer to soft power applied by Russia? The role played by Putin in Russia’s influence on other countries? In our column “Strategy” in newspaper Phoenix, we will examine and analyze the words of the Russian and Western experts.

Why the West cannot adopt the Russian system of values?

More and more experts and scholars believe that soft power is actually much stronger than hard power. A strong economy is a prerequisite for the application of soft power, otherwise the country without an economic base nothing on the international stage. Do you think they interfere with Russia’s economic and military imbalance of power in the international arena?

Russia really is in this position. Russia has the strongest economic platform to have the funds for the strategy of “going outward”(as in China). Russia tries to adequately participate in competitions, good films, staging plays, but that’s not enough. In conditions of economic crisis, even Russia’s military power is unstable. The economic crisis had a strong impact on the national spirit in the country.

It seems that only the forces of culture, art, history and language represent the external power of Russia. Worldwide 300 million people speak Russian language. Russian emigrants, if desired, capable of using “soft power” to improve the image of Russia worldwide. On the other hand is now one of the most effective methods is the Internet. Russia does not require large costs to using the Internet to talk about the Russian multinational culture.

In recent years, Russia has engaged in the development and subsequent dissemination of culture of Russia using soft power, but it is unlikely that this policy will be effective in Western society. Nominated Putin’s “traditional values”, Patriotic education, a ban on the spread of homosexuality, all of it in Western society is considered a direct violation of human freedom. How do you feel about that?— asked the Western examiner correspondent Phoenix.

Western expert: the concept of “soft power” was introduced by Western scientists aimed at achieving national interests and foreign policy goals, involves a set of cultural, technological, educational and other activities. In my opinion the concept of “soft power” and “ideology” similar in many ways. American “soft power” rose to the ideology, making the main weapon of their ideology and political system of values. “Soft power” of Western countries are not nearly as “soft”. Putin put forward a “system of conservative values” is the database of Russian social development. Speaking about the Russian “soft power”, Russia is not going to establish its foundations and traditions in other countries as fixed. Russia does not intend to deal with the United States.

Russian expert: culture and ethics of each nation are based on traditional family values. Our President tries to explain that the Western countries that losing family values a country loses its moral basis, not only in the 21st century, it has always been. The family is the Foundation of human life, the place where we acquire the first knowledge about life. However, in our time, traditional family values are destroyed. In most countries same-sex marriages legalized long ago. I believe that such marriages would destroy the idea of a normal family. Soon this question may relate more to Russia, but it is unlikely the Russians will be able to change their point of view on this matter.

Russia — “the new leader of the conservatives”

Despite the fact that Western society has tried to exert political influence on the Russian, but this pressure did not cause any change, except for a conviction. Many believe that the Russian system of values permeated by the conservatism, and not relevant in our time, but this is not so. In 2017 was released article on soft power, which stated that European scientists have recognized the Russian the conservative value system. Due to the fact that Russia is authoritarian control, and also power is quite a tough leader, so many residents of the countries of the former USSR and Russia, admired the Russian President.

Karpov the Russian expert believes that, in fact, not only in Russia, a lot of conservative remnants in Europe, they are also preserved and represented mostly European right-wing parties. The leader of the national Hungarian party Jobbik expressed its support of Russia in the protection and preservation of traditional values.

He believes that “Europe must restore its base returned to traditional Eastern culture.” In 2016, according to a report published by the European Committee for external relations, the majority of opposition parties in Europe support the policy of Vladimir Putin. If these parties will be in power, the partnership between Russia and Europe more than likely.

Many Western scholars believe that the Russian “soft power” not enough resources, besides using it improperly. However, I must admit that the introduction in Europe of the “free system of values” was one of the biggest mistakes. After Putin signed a bill against homosexuality, the Italian right-wing party national front the next day said: “We agree with Putin.”

I believe that the West has underestimated Putin’s foreign policy, and European countries should understand and accept the fact that Russia differs from the West, and that Russia now challenge Europe. Perhaps the West has realized this and therefore started deliberately “push” Russia.

Putin — “trump card” of Russia in the international arena

Speaking about the soft power of Russia, it is worth mentioning that it also has one personality that is impossible to ignore, this is your dear Vladimir Putin. During the interview for Oliver stone, the President of Russia seemed to him the strongest leader of our time. Usually Putin holds very strongly in public. We can say that Putin is an important component of Russian “soft power”. How do you think Putin really is a “trump card” of Russian foreign policy?

Western expert In Chinese classical work “the Analects” said: “If names do not correspond to the essence, and with the words dysfunctional. If the words dysfunctional, then the case will not be laditsya”. Russia should bring the names into line with the essence of things and to bear for it responsibility. Putin can realize this point. If you pay attention to the first term, it was evident that the country after the collapse of the Soviet Union was in a deplorable condition, but in recent years the situation has considerably changed the situation in Russia stabilized, lift the economy, the state became stronger.

Today, Russia has again become a major world power. Putin is not only well copes with the duties of the President, but has gained respect among the people, as evidenced by the fact that according to the survey on the presidential elections in 2018 more than 80% of citizens would vote for Putin.

It is impossible not to agree that Putin is playing a key role in shaping the modern image of Russia and is the country’s position in the international arena. Credit to Putin is that many Western countries have changed the attitude to Russia the better. No matter if the problem is with the security of the state or the environment, Putin uses subtle techniques and successfully settles many disputes.

Of course, the President is worthy of respect and cultural issues. He successfully carries out the state policy in the field of culture. In 2014, a year of Russian culture, because the President therefore seek to erase the interstate misunderstandings, to tell other peoples about Russia, about life, about the traditions of the Russian people. I do not want to impose a cliché, we need to judge things as they are. I believe that Putin’s foreign policy has helped Russia to achieve recognition and respect from the world community.