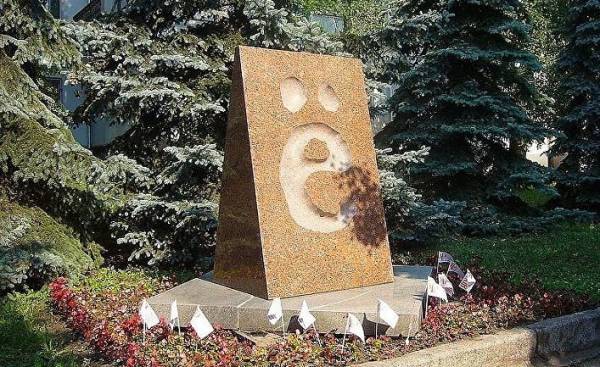 You should start with the lines ironic and ever-present songs of Vladimir Vysotsky “Monument”: “I was tall and slender / Not afraid neither words nor bullets / in a normal frame not climb / But since you are considered late / Kamili me and bent (…) And then, after a year As the crown of my repair / sturdy cast monument / When a huge crowd of people was Opened under the cheerful singing / my — magnetized tapes”. In the final song of the brilliant bard runs from the pedestal of his monument and grunted: “Seems to be alive!” Vysotsky died in 1980, now across Russia it has put 20 sites.

The largest head of Lenin

Its weight of 42 tons, the height is 7.7 meters width — 4.5 meters. So the big head of Lenin anywhere in the world. This made the Communist leaders of the capital of Buryatia, Ulan-Ude: they wanted to create a monument to the leader of the Bolshevik revolution, which there was none. The idea was put into practice in the centenary of the birth of Lenin, in 1971, before the sculpture was shown in Montreal and Paris. Communism in Russia collapsed 25 years ago, but the monumental bronze bust still stands in the Central square of the capital of the Buryat. Of course, there were proposals to move the monument to another location or even to remove entirely, but city officials rejects such suggestions, saying that to get rid of the symbol of the city and even the whole region would be foolish. One local channel even held a comic street poll showing residents are made in the graphics editor image square with an empty space instead of a monument. Most of the respondents have this idea aroused indignation. They voted against the demolition of the monument, explaining that the criminal activities of Lenin is history, “head”, as she is known ulanday, managed to grow into the urban landscape became an important element.

In the Soviet era across Eastern Europe and the Soviet Union have erected many monuments to Lenin. After 1991 they started to demolish, but for the most part, primarily in Russia, continues to stand in their places. Most often the leader of the revolution was toppled from its pedestal in the Ukraine. This was the so-called “Leninabad”, the culmination of which occurred after Euromaidan. The last monument to Vladimir Lenin was demolished in Novgorod-Seversky of Chernihiv region in October 2016. In Russia, these monuments protects both the Communist party Gennady Zyuganov, the initiative of which new monuments, and right liberal democratic party of Vladimir Zhirinovsky.

The majestic statue of Lenin stands in the center of Irkutsk. Nearby in a beautiful area above the hangar, erected a monument to one of the leaders of the White movement — Alexander Kolchak, who died at the hands of the Bolsheviks in 1920. In other place in the hangars restored the monument to Emperor Alexander III, which was demolished in the year of the death of Kolchak. Why they decided to perpetuate the memory of this king? Because he was the chief advocate of the construction of the TRANS-Siberian railway, the value of which for Irkutsk it is difficult to overestimate. With such ideological schizophrenia can be found in practically in every Russian city.

Why no one blows the stamped post-Soviet giants that do not represent artistic value and perpetuate the memory of those who had oppressed his fellow countrymen? Prevail the practical considerations: how much it will cost, why change something that has become history… in addition, have such monuments most like to be photographed Western tourists. Another important reason is the pride of Russians for the Soviet era, which in their view is the continuation of the great Russian history. Then how many he has built, expanded the borders of the Empire, what value we have gained in the world (read: how much we feared)…

The most important thing for these people — not millions of victims of the regime, and the power and strength of the Soviet Union, so they don’t see the point in the renaming of streets, the demolition of the monument to the revolutionary and Communist leaders and even change the names of cities. Petersburg, of course, ceased to be Leningrad, and Tver — Kalinin, but the left Kirov Vyatka and Simbirsk — Ulyanovsk. The decision on the preservation of Communist names was made by the residents in city referendums. The Royal symbols, returning, mixed with the legacy of 1917-1991, and that symbolizes the modern capitalist Russia.

That the memory of the victims of the crimes of communism?

A very strong impression on me, the monument to the victims of the bloody Soviet regime in Ulan-Ude, the very city where the Soviet of the square stands the monumental head of Lenin. It’s two figures: a woman in a rough overcoat keeps the shoulder of the child, they both have no faces — names of a vast number of victims remain unknown. The sentence could for anything to implement the plan. Behind the figures is the six of spades, on which are waving iron flags with different religious symbols. The inscription on the pedestal reads: “to Victims of political repression”. There are two side of the camp lantern. On the left side — wall with plaques on which the striking phrase: “For what?” This is the short and strong the question addressed to the inhuman regime and the people who created it.

One of the plaques dedicated to Andrei Bogdanov, — the ideological inspirer and Creator of this memorial, and at the same time the Chairman of the Buryat Association of victims of political repression. Behind the monument there is a small building. It was the Cheka, the NKVD and the GPU is holding prisoners. Shot them in a different place.

How many in Russia such monuments? In Moscow on Lubyanka square, next to the ominous building of the secret police society “memorial” set in 1990, the Solovetsky stone. Like it is in St. Petersburg. On it the inscription “Prisoners of the Gulag. Freedom fighters. The victims of Communist terror”. Below is a line from the famous “Requiem” by Anna Akhmatova: “I would Like to name all the names…”

Both stone brought from the Solovetsky Islands in 1920-ies he founded the first Soviet camp for political prisoners. The same memorial stones, boards and modest monuments in Yekaterinburg, Samara, Tomsk, Tyumen, Penza. However, these monuments can’t compete in scale and location with monuments glorifying the leaders of the Russian Bolshevik movement.

The tramp and all the rest

The Russians adore monuments. Close to the ferry to the island of Olkhon on lake Baikal has recently put up a monument to the Tramp Siberian wanderer, sung in one of the most beautiful Russian songs. Unusual monuments is famous for Yekaterinburg. There is a monument to Boris Yeltsin, who was long associated with this city, and company are immortal Lenin Tsar Alexander II and Vladimir Vysotsky, cast in bronze, together with his wife Marina Vlady. Yet there is a monument to plastic card and a monument to the computer keyboard. This last vote in 2011, the citizens called one of the main attractions of the city.

However, all the other original ideas overshadows the initiative of Ulyanovsk: there stands a monument to the letter “E”. The idea was born in 1997, when Ulyanovsk historians drew attention to the 200-th anniversary of the appearance of the letters in the Russian alphabet. As we see, Russians have no problems with imagination, including in the field of monuments. 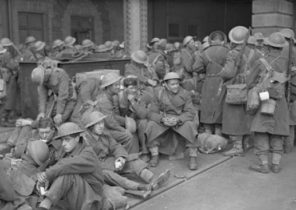 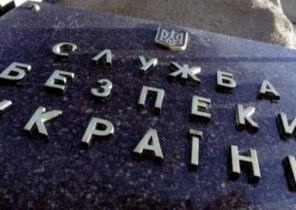