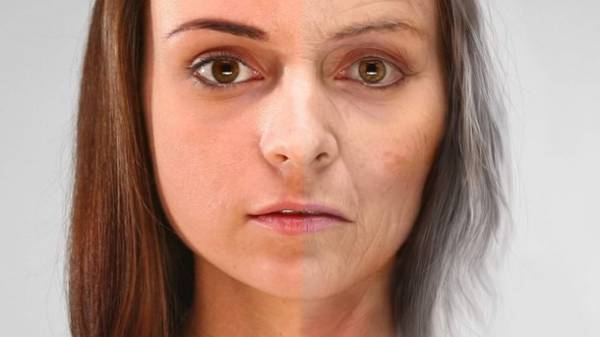 A huge number of environmental factors affect the functioning of cells. Ultraviolet rays, poor diet, bad habits and stress can damage the genetic information of cells, increasing the risk of cancer and other diseases, the site says apteka.ua.

Fortunately, the body has a biological protective systems to counter this negative impact. One of these mechanisms able to regulate cellular senescence, ensuring that cells can live and share only within a certain period of time before death. Special structures called telomeres, to accurately regulate the number of violations that accumulate in the cells and signal the cell when it’s time to stop sharing.

Telomeres constitute the terminal portion of the chromosome consisting of DNA and proteins. Every time a cell divides, these sites are telomeres become shorter.
With the gradual shortening of telomeres occurs cellular senescence. Scientists believe that this is a natural defense mechanism that vasterival cells that have accumulated too many negative influences from the possible mutations and transformation into potential cancer cells.

Telomere length can be used to indicate the biological age of a person (which may differ from chronological). Scientists know that many factors, including excessive exercise, sleep, depression, and certain mutations of the genes associated with a decrease in telomere length and, consequently, can lead to premature biological aging. But on the contrary, limiting factors that negatively correlates with telomere length, likely to help slow the aging process in the cell.

There are also interesting data published in the journal of Psychiatric Research, due to the fact that the psychological factor affects telomere length. For example, people who have had psychological problems in childhood, including the loss of parents, violence or poor living conditions, have shorter telomere length than those who had a normal childhood.

Scientists believe that in the future with the help of rapid tests for the assessment of telomere length in certain cells it will be possible to know the biological age of separate bodies and organism as a whole. Moreover, already conducted the first experiments using RNA therapy that can prolong or restore shortened telomeres.