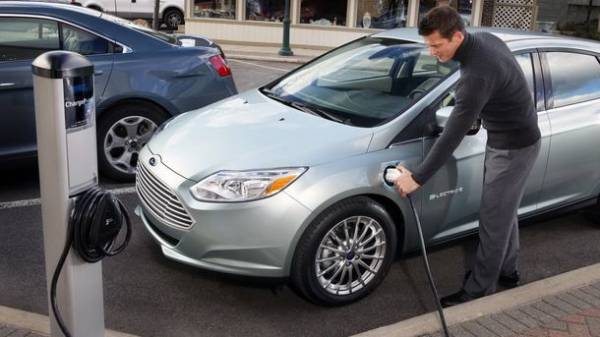 In Ukraine, the boom of electric vehicles. The pace of growth in the number of electric cars, the country is in fifth place in the world. However, the total number of machines we’re falling behind – in Ukraine, more than 3,000 “green” cars in Norway – 137 thousand. And while the Ukrainians are catching up with the European countries, they are prepared to abandon the vehicles with internal combustion engines. When Ukraine will be able to go to electric cars, learned website Today.

In 10-25 years, the world will refuse from cars on petrol and diesel

European countries, China and India declared that they will refuse sales of cars with petrol and diesel engines. This is done to reduce air emissions and dependence on petroleum. Now these countries encourage their citizens to buy electric vehicles, giving grants and reducing taxes. But in 10-20 years they plan to ban the sale of cars with internal combustion engines (ice).

The past waiver of a gasoline car and diesel, said France and the United Kingdom. They plan to move to electric cars by 2040. In the United Kingdom of the total number of machines is 5% electric cars. To increase the number of “green” cars, the British government provides a grant for the purchase of electric vehicles in 35% of the cost of the machine, and releases from property tax. In France, electric cars more than 100 thousand, or 1.2% of the total market. Buyers of “green” cars, the government compensates for 10 thousand Euro.

Informed about the transition to electric vehicles also said India, the Netherlands, Germany, Norway and China.

The desire to move to electric cars in India explain high levels of air pollution. According to Greenpeace, in the country due to the discharge die annually 2.3 million people. India plans to ban the sale of new cars on petrol and diesel by 2030. The government intends to subsidize the purchase of electric cars two or three years until the car becomes available. 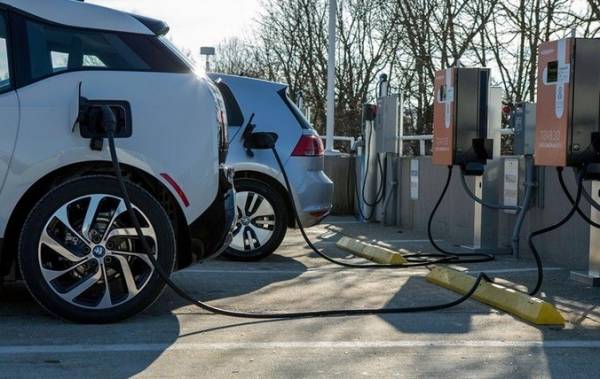 The Netherlands will switch to electric cars by 2025. Instead of the government encourage people to buy electric vehicles by local authorities. Buyer of electric cars exempt from registration tax and property tax.

Germany and all the EU offers to legalize the ban on the level of the Union with 2030. While the country has introduced incentives for buying electric cars: 10 years of exemption from property taxes, grant for the purchase of “green” cars in the 4000 Euro and low interest loan.

Weight of electric cars in the world leader Norway. Every third car in the country is electric. Environmental cars here are not subject to 25% VAT and tax on the car, also the owner of the electric vehicle pays a reduced toll fees. In 2025 Norway the maximum increase limit carbon dioxide emissions cars to 0%, thereby ban cars with internal combustion engines.

Automakers due to the constant tightening of environmental requirements for vehicles with internal combustion engines have started to focus on production of hybrid and electric vehicles. For example, Volvo has announced that by 2019, all new cars will be battery and motor. Mercedes, Audi and Volkswagen are also not far behind in the race to manufacture electric cars.

“This ecology and strategic optimization of use of natural resources. The current trend is that after the announcement of plans by States major manufacturers in Europe to change course on electric traction. And remember our vote in the Verkhovna Rada, when the reluctance to waive the VAT for electric vehicles began to cover the interests of domestic producers. It is unlikely that the interests of the German automotive industry is less important, but the giants have joined the market competition of electric vehicles. However, major European cities also closed their street for diesel vehicles. Such steps are part of the environmental strategy,” explains chief Executive officer Electrocars Alexander Kravtsov.

The development of electric vehicles Ukraine ahead of neighbouring countries

Ukraine according to the market growth of electric vehicles in fifth place. In 2012, the country registered a total of seven electric cars. Today there are more than three thousand. For example, in Belarus there are 27 electric vehicles in Russia – 920, Moldova – 47. In fifth place in the rating of Ukraine affected a little support electric vehicles by state. At the end of 2015, the deputies adopted the bill No. 1674, which abolished the import duty on electric cars. However, Ukraine has to go. The Ministry of infrastructure plans to reduce the cost of electric cars by 20%. The office at the beginning of the year presented a project to stimulate sales of green cars in the country. However, it is still not accepted.

“We are just at the stage when you can move at the pace of developed countries, and can get stuck in thought. Ukraine had a good start by abolishing the duty on electric vehicles from 1 January 2016, led in top-5 countries in terms of development of the electric car market, but a year and a half, no other steps are not done,” he adds.

Project in Ukraine till 2021 it is planned to release imported electric cars from a number of taxes and fees: VAT – 16,8%, Pension Fund – 4.8% and excise tax – 109 Euro. In addition, the government want to make tax credit to the dealers to the income tax and to reimburse part of the cost of the car to the buyer. For domestic manufacturers of electric vehicles – to abolish VAT and introduce a reduced rate of tax on land up to 2028, the Pension Fund will cancel only up to 2021. Also plan to cancel duties on import of components for electric vehicles and install a reprieve from paying VAT for six months. 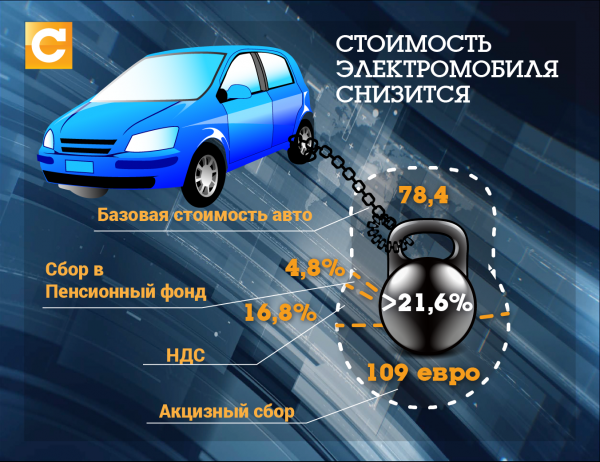 How can electric cars become cheaper in Ukraine

If Parliament adopts this draft, then Ukraine will be able to reach the level of Europe, according to Oleg Nazarenko: “If the political will is, then we are no different from European countries that made statements about the refusal of the machines on the internal combustion engine. If the government will not make grants and to create the conditions for the production of electric cars, then we will never reach that level.”

In the project design to encourage sales of electric vehicles took part Tesla Club Ukraine. Co-founder of the organization Nazar Shimon-David notes that the Verkhovna Rada should adopt the law in the fall. The project is now being finalized. In particular, it is not yet determined how much Ukraine will be able to compensate the buyer of the electric vehicle.

“The development of electric cars can be strengthened in Ukraine, but did not stop. I think by 2040 suggestions of cars with internal combustion engines will not. The transition will occur much sooner than we think. Five years ago, we never thought that we would talk about it today. Already the majority of manufacturers stated that after some time switched to the production of electric cars. Those who do not, simply can not compete,” – said the expert.

Chief Executive officer Electrocars Kravtsov notes that Ukraine may refuse from the sale of cars with internal combustion engines in 2040 together with Europe. However, there are risks. If in the near future the Ministry of infrastructure will not launch a comprehensive program, we find ourselves far behind, despite progress in recent years.

“We have a good start, the natural growth of the market, the interest of the business and good potential – all in the context of the global trend of electric cars can give surprisingly good results. In addition, when two years ago we said that the electric car is a good option for cities today, the expansion has moved to a smaller town. Not only Kyiv, Kharkiv or Odessa can boast of an electro-taxi. They are already in Dneprodzerzhinsk, for example, and how many of them will,” – said Kravtsov.

Along with the number of electric cars in Ukraine there is a network of charging such cars. Today in Ukraine there are more than 600. They appear not only in big cities and small towns, regional centers. The map of charging stations is clear that Ukraine in their number has already surpassed Belarus, Bulgaria, Romania and Poland.