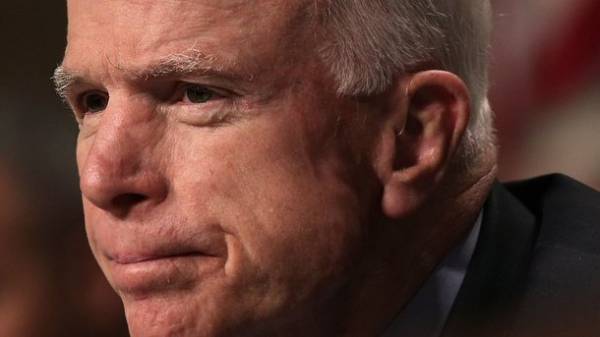 Senator John McCain believes that due to the new sanctions Russia will pay for its aggression against Ukraine and interference in the internal Affairs of the United States. This is stated in a statement of policy, reports “Correspondent”.

According to him, though the Americans are not averse to restore relations with Russia, but Putin’s regime must pay for their actions.

“Although the American people, of course, hopes to improve relations with Russia. What is actually the law − it’s their call to Vladimir Putin and his regime paid the price in a real attack on our democracy, violation of human rights, the occupation of Crimea and destabilization of Ukraine,” said McCain.

He expressed hope that trump will talk about the Russian aggression, as he did, expressing concern about this bill.

As it became known yesterday, the President of the United States Donald trump has signed the law on sanctions against Russia. He stressed that Washington will not tolerate interference in their democratic processes.