The border disappeared on 26 may 1995, when the village dug a River border post. Usually, as history teaches us, such stakes are destroyed army, exciting the territory of a neighbor. At that time everything was peaceful for the work came from Belarusian President Alexander Lukashenko and Russian Prime Minister Viktor Chernomyrdin that have removed the symbol separating the two country’s lines. It seemed like a unity in the idyllic atmosphere of brotherhood. Then in 1997, Moscow and Minsk signed an agreement on the establishment of the Union of Belarus and Russia, which three years later was formally transformed into the Union state of Russia and Belarus.

Russians have a saying: “As we share, as brothers or justice?”. This time it had to be true, because each of the brothers of the new Union hoped that its share is larger. Moscow expected that the province will simply become the regions of the Russian Federation. Alexander G. did not object, but he is aiming high: to the Kremlin. He hoped that the legislation SGRB let him in 2000 to take part in the elections of the President of Russia. In the chaos of a suitable by the end of the Yeltsin era, he had all the chances of success, especially since he enjoyed the support of Communists and popularity among Russians.

17 years ago SGRB could turn into SHRBU (in Moscow then said that the matter has been resolved): President Slobodan Milosevic was asked to take the Union affected by the bombing of NATO forces Yugoslavia. However, after his defeat, the theme is gone.

But this is all old history. Now missing for 22 years the border again began to dig. Posts already don’t dig, and put the Russian side restores the border zone. There will be information stands about the special regime of movement and border controls. All this happens on the orders of Alexander Bortnikov Director of the FSB (which is subject to the border service).

It is reported that Moscow has decided to take this step in response to the fact that Belarus has opened a “free window” for citizens of 80 countries (including EU countries), which on February 9 will be able to stay in Belarus without a visa within five days, if you cross the border in the Minsk airport. To block this uncontrolled flow, Russia has allegedly decided to return control to dissolved the border of the Union state. However, the sequence of events contradicts this version. Bortnikov gave the order to create a border area on December 29 and Minsk announced the launch of a visa-free regime ten days later.

The controversy surrounding the new edge rules in the world consider part of the traditional Russian-Belarusian disagreements over gas prices, oil supplies, the Russian military bases and massive smuggling through the state of Lukashenko foreign products, which the Kremlin imposed an embargo. So theoretically you would expect that Minsk and Moscow (as has happened before) will be traded, but when the dust settles in the press, come to an agreement.

But this time it went further. The words and threats were followed by action. Appears border zone, the border is reduced. This is one of the episodes, indicating that the process of “gathering Russian lands”, that is (by design) voluntary integration of former Soviet republics, which sought Moscow, stalled.

When there SGRB, Belarusians and Russians tried to create a common “black list” of foreigners to whom Russia labelled as persona non grata and could not travel to Belarus and Vice versa. But even this, despite repeated statements, not a reality. A foreigner that Minsk considers dangerous, can get into Belarus from Russia, and the Russians, which the authorities closed the exit from the country can easily escape to Europe from the Belarusian airports. So went even employees of the Russian special services, which in the homeland suspected of collaboration with foreign intelligence services.

A lack of boundaries with partner SGRB began to interfere with the Russians in October of last year: it was not there, but Moscow has forbidden to cross it to the citizens of the EU countries. Even the presence of Russian visa did not give the right pole or a German to get from Belarus to Russia by car or bus. Russia has explained this move makes sense, but, in fact, absurd. As said its representatives, as the Russian-Belarusian border does not exist, there are no edge crossings, it means that a foreigner has nowhere to go through passport control, and without the Russian press in the passport and the migration card (a document that was common to Russia and Belarus) on the Russian territory you can’t drive.

Moscow believes that disputes with Minsk over borders, customs, or gas do not pose any danger. Lukashenko, as they believe, depends on Russia and anywhere from it not going anywhere, so sooner or later he will yield to the pressure. And if not him, then his successor. And, most likely, will happen.

Russia don’t negotiate with the neighbors as brothers. She prefers to act “justly”, that is, to compel concessions by force. 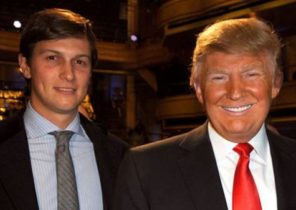