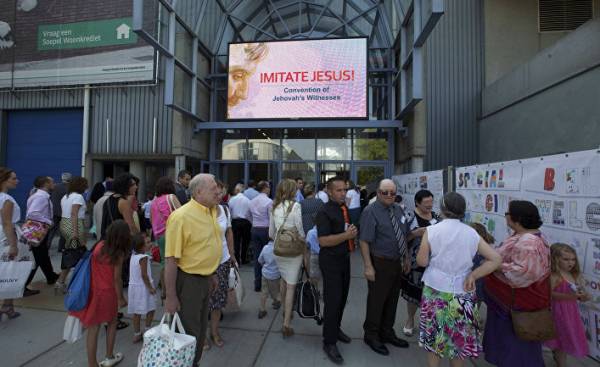 31 July in the world’s media, it was reported that in protest against the decision of the Russian Supreme court (of July 17) on the recognition of the religious movement “the Jehovah’s Witnesses” extremist organization the founder of the rock band “Zero” (1986-1999) Fedor Chistyakov decided to emigrate from Russia.

The next day in an interview lenta.ru the musician explained his position. He is now in the USA, where he signed an employment contract and the decision of the Supreme court of Russia for it means that the time of stay in Russia will have to limit. After the decision of the Supreme court any donation to the communities of “Jehovah’s Witnesses” or to their activities in line with the wording of article criminalizing the “financing of extremist organizations.” Fedor Chistyakov promises in the future to visit Russia just for the concerts, while in Russia, not to violate its laws. Their religious activities he intends to practice outside of Russia.

According to the decision of the Supreme court of Russia all property of the communities of “Jehovah’s Witnesses” was confiscated in favor of the state, and legal religious activity is prohibited, more than 170 thousands of the believers of the respective currents.

“Jehovah’s witnesses” — separated in 1874 for Protestantism, whose adherents the most part of prohibitions of the old Testament understood not symbolically, like most Christians, but literally. This follow very strict moral and behavioral restrictions, of which the most famous Latvia the ban on blood transfusions. “Jehovah’s witnesses”, and convinced the Jews, reject the use of foreign blood for food and for medical purposes. But it should be noted that the most serious conflicts with the state authorities do Jehovah’s witnesses not about the ban on the use of foreign blood. In democratic countries, the ban on blood transfusion does not apply to minor children of believers, and the majority of Jehovah’s witnesses is not disputed. On the contrary, a ban on the transfusion of foreign blood, along with strict moral norms, provided that among the followers of “Jehovah’s Witnesses” is not found even accidental contamination by AIDS or other communicable diseases that are transmitted through blood or during sexual acts. This fact is now used to justify prohibitions of Jehovah’s witnesses. In conflict with the state authorities, followers of this faith usually enter into relationships with a literal and absolute interpretation of God’s commandments — “do Not make for yourself an idol, nor any image of anything in heaven above or on the earth beneath or in the waters under the earth: you shall not bow down to them or serve them”. Adamant in their beliefs Jehovah’s witnesses do not celebrate public holidays, without subservience refer to religious symbols and refuse to sacrifice their lives for anything but God. This implies the prohibition to serve in the armed forces and take up arms. Such religious views are incompatible with the requirements of the totalitarian and authoritarian States to its citizens. During Soviet times, “Jehovah’s Witnesses” was entirely prohibited. These issues have slowed down the registration of the “Jehovah’s Witnesses” as religious organizations with the Ministry of justice of Latvia after the restoration of independence. In Latvia “Jehovah’s Witnesses” was recognized only in 1998, more subject to international pressure.

Representatives of the Christian churches in Latvia, Russia and other countries have expressed suspicion that “Jehovah’s Witnesses” to attract new community members use hypnosis, and other questionable methods, and this explains their success. However, the success of various non-traditional religious movements are most often associated with what is focused on the religious fanaticism of the people do not find true faith in official churches. First of all, they experience disappointment in the official priests of the Christian churches, revealing that many of them do not believe in what they preach. The disappointment in the official Church is the basis of the desire to unite with those who want to follow the General religious and moral requirements. The rapid spread of “Jehovah’s Witnesses” in Russia, which the authorities try to suspend repressive means, most likely, does not indicate that it is for the religious extremist, but about a serious crisis in the management structure of the Russian Orthodox Church and its close intergrowths with the official authorities, about the distance the hierarchy of the Church from what part of society understands as genuine faith.

Restrictions on the religion of the neighbors has traditionally been a benefit to our country. When in the 17th century part of the Orthodox Russia did not accept the religious reforms and the persecution of the old believers, a large number of them moved into the territory of Latvia. That enterprising spirit of the Russian old believers was one of the factors that at the end of the 19th century helped Latvia to become the most developed part of the Russian Empire.

In our days repeated something similar. Riga is gradually becoming a place where we can gather those in Russia who are deprived of freedom of speech or views. Riga has become a place where Russian Buddhists meet regularly with their spiritual leader the Dalai Lama to study the practice of Buddhism. The strong side of Latvia — the tolerant attitude towards adherents of different religious beliefs. And if Latvia will continue to be a country of giving asylum to those persecuted for religious beliefs, we will continue founded in the 17th century tradition of tolerance. 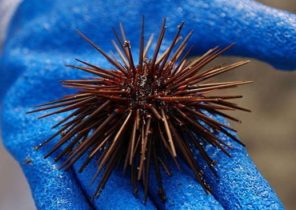