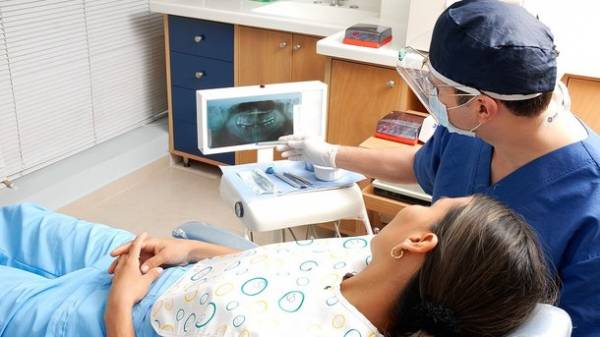 American researchers have found that periodontal disease and periodontitis can lead to all forms of cancer. In this risk group are women in the phase of menopause, even if they don’t smoke. Article scientists published in the journal Cancer Epidemiology, Biomarkers & Prevention, said lenta.ru.

The results of various studies showed that diseases of the soft tissues surrounding the tooth (periodontitis), can cause various forms of cancer, such as tumors of the esophagus, oral cavity and breast cancer. However, it was not known as periodontitis and other disorders of the periodontium associated with all types of malignant tumors.

The researchers analyzed data on periodontal status from more than 65 thousand women aged 54-86 years in 1999-2003. Also, experts assessed how often the participants of the study had cancer until 2013. It was revealed more than seven thousand cases of malignant tumors.

It turned out that periodontitis and periodontal disease increase the likelihood of developing cancer of any kind for at least 14 percent. The risk of esophageal cancer increases three times. While Smoking contributes to lung cancer, bladder and breast cancer. Non-Smoking women more often suffered from melanoma.

Periodontitis is an inflammatory disease of the periodontium, which is the destruction of the tissues surrounding the tooth. It is often confused with periodontal disease, which is characterized by atrophy of the gums.