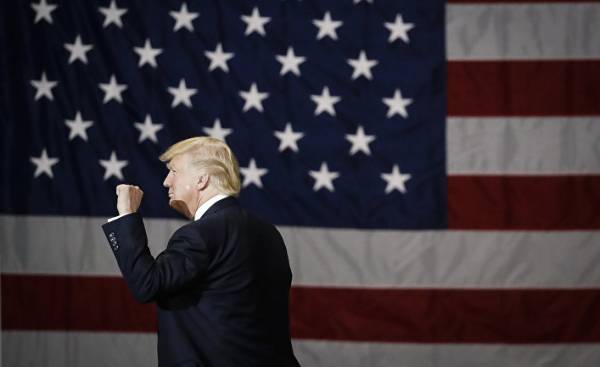 When Donald trump ordered the release of 59 cruise missiles at targets in Syria, he was supported by many policymakers in Congress.

Senators John McCain (John McCain) and Lindsey Graham (Lindsey Graham), significant political figures in the sphere of defence, are convinced that trump is “an important signal” and now “deserves the support of the American people.”

At the same time, many believe that now the President must first ask Congress before there was a new attack, according to CNN.

“From a military point of view, the US attack was directed against Assad. In practice, it was still against Putin,” writes Carl Bildt (Carl Bildt) on Twitter.

Militarily the US was strike against Assad. Politically it was as much against Putin. Could not defend its ally. pic.twitter.com/azQdWjA55r

A US strike on the Syrian regime immediately got support in the country from many senators and members of the house of representatives.

Before the bombing of more than two dozen members of Congress were informed about what was going to happen, according to a source in the White house CNN.

After the event, many powerful figures immediately supported the Donald trump. Among them senators John McCain and Lindsey Graham, both Republicans with more weight in defense policy. They issued a joint statement:

“By order of the commander (Donald trump — approx. ed.) they sent an important signal that the US is no longer going to just watch as Assad, with the support and help of Putin’s Russia is killing innocent Syrians with chemical weapons and bombs”.

“Deserves the support of the people”

“Unlike the previous administration, the President of the trump in the decisive moment has responded to critical events in Syria. He deserves the support of the American people.”

The speaker of the house of representatives Paul Ryan (Paul Ryan), also a significant name among Republicans, called the measure “appropriate and fair”.

“These tactical bombing make it clear that the Assad regime can no longer rely on the passivity of the Americans, when talking about the horrible treatment of the Syrian people,” said Ryan.

In conclusion, the speaker expressed hope that the President will be to ask Congress. In this desire he is not alone.

“Although we all condemn the horrors taking place in Syria, nevertheless, the USA still did not attack. According to the Constitution, the President must obtain congressional approval before taking military action. Our previous actions in the region did not improve security, and Syria will be exactly the same,” said Paul in one of the statements.

Top Democrat of the Senate, the Senator from new York Chuck Schumer (Chuck Schumer), chose to praise the American military.

“To ensure that Assad knew he would have to pay for the horrors perpetrated by them — that’s right,’ said Schumer and added. It is very important to the administration trump proposed a strategy and consulted with Congress before using it.”

International reaction to the bombing has not kept itself waiting.

Prime Minister Benjamin Netanyahu (Benjamin Netanyahu), for example, endorses a missile attack trump in Syria. It turned out in the early morning. The American President “sent a clear message that the use and proliferation of chemical weapons will not be tolerated,” said the Prime Minister, according to the Telegraph.

At the same time, former Minister of foreign Affairs of Sweden Carl Bildt wrote on Twitter that the world is waiting for Moscow’s reaction.

“From a military point of view, the US attack was directed against Assad. In practice, it was like against Putin”, — wrote Bildt.

The purpose of the American bombing near the city of HOMS. The Governor said, according to state television that “the Syrian leadership and the Syrian policy will not change. This was not the first attack. And I think she will not be the last.”

Rocket attack USA is both surprise and horror.

“This is an incredibly serious situation, Russia and the United States now stand against each other,” said the historian Kristian Gerner (Kristian Gerner) to TT news Agency called the us government, headed by trump’s “incompetent”:

“This is extremely serious. Is the us government is amazingly incompetent and shows his total inability to foresee the consequences”.

According to Christian Gerner, still the situation was so that the two countries maneuvered to the conflict to avoid direct confrontation. Now he doesn’t dare to make predictions about the possible reaction of President Putin:

“The situation with Russia as the enemy can be very serious. In the name of world peace we hope that the Russian side will act cautiously,” said Kristian Gerner. 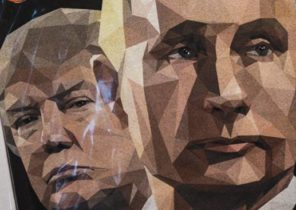