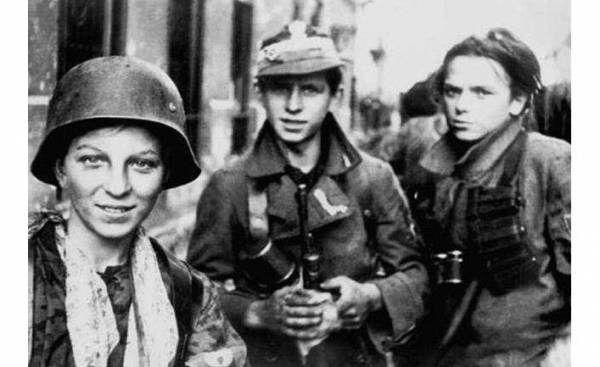 Every year in early August, come back regularly disputes about the meaning of the Warsaw uprising, and always accompany attempts to understand the causes of the Polish military and diplomatic defeat. The theme of the trip Stanislaw Mikolajczyk (Stanisław Mikołajczyk) in Moscow in July 1944, appears in this context is rare. And a very good reason.

Watching the rapid advance of the red army on Polish territory, the Polish government in exile was in a sense forced to undertake a desperate attempt to preserve its credibility. Being in London was terrified of a policy of inaction, believing that they will lose international recognition. In the end, they made a difficult decision: to resume diplomatic relations with the USSR, that were broken after 1943 it became known about the Katyn massacre.

The main driving force were the Prime Minister of the Polish government in London, Stanislaw mikolajczyk, who on 26 July 1944, made the members of the Council of Ministers permission to travel to Moscow. He hoped to discuss with Stalin the status of the lands that were occupied by the Red army and the legitimization of the Polish government in exile. London’s politicians want to gain control over territories which Soviet Union took from Germany, but it was necessary to negotiate with Moscow, which is due to the failure of the action “Storm” (the military operation organized by units of the home Army against the Germans in the territory within the borders of the Second Polish Republic — approx. floor) not only captured former Polish lands, but also established a puppet government there.

Of course, behind all this loomed the figure of Churchill, who tried by all means to make our government into a trap, which was independent of any kind of negotiations with Moscow. The British Prime Minister wanted to get rid of the source of potential conflict: he was not going to defend Stalin to the Polish interests, because he had to discuss with the Soviet leader of a new balance of power in Europe after the victory over Germany.

If the poles resumed diplomatic relations with the Soviet Union, Churchill was able to wash his hands and absolve themselves of liability for all losses incurred by the Poland loss, saying that the poles have settled with Moscow all disputed issues. Attempt to persuade the Mikolajczyk to visit Stalin was an element of cynical British policy toward the “inconvenient” Polish government in London.

The Polish Prime Minister was in a very difficult situation. It is, in fact, no real argument is for negotiation, so perhaps he decided to use this as the Warsaw uprising. The meeting was held in the Soviet capital, which further strengthened the negotiating position of Stalin. Mikolajczyk went to Moscow in the night from 26 to 27 July. The Russians received assurances that after the war Poland will remain independent, was just a clever sham designed to lull the poles and gain favor with the West.

Unfortunately, the Moscow visit of Mikolajczyk and the actions of commanders of the home Army lacked synchronization. Apparently, the Soviet side was specially arrested by Polish Prime Minister until the rebellion broke out, and at the same time informed him that nothing serious happens.

The facts are that on 1 August mikolajczyk was in Moscow and could not guarantee going into battle the uprising no specific assistance from the Russians. In vain were the hopes of Tadeusz Komorowski (Tadeusz Komorowski), who described the events from his perspective: “the next day, July 31 1944, it was the Soviet message about the capture of the commander of the 73rd German division which defended Prague (the district of Warsaw — approx. TRANS.). The same day we heard on the radio that the head of our government in exile mikolajczyk went to Moscow. It was good news. The Soviet leadership broke off diplomatic relations with Poland in 1943, and since we could not restore them, nor to coordinate our military actions with the actions of the red army. Now the Prime Minister will certainly agree about the interaction of Soviet forces from the Army and our joint operation in Warsaw will help the restoration of diplomatic relations”.

The last sentence is the key: the leadership of the Polish underground for some strange reason believed that the visit of Mikolajczyk guarantees the rise of Soviet assistance. However, at the time when it broke out, Moscow did not give any promises! When the rebels marched into battle, the Polish Prime Minister heard from Stalin, that something such as the Army, does not exist, and the Polish underground — it’s small guerrilla groups hiding in forests.

The cruelty, duplicity and treachery of the Soviet side also illustrates the response of the representative of the Polish Committee of national liberation Wanda Wasilewska (Wanda Wasilewska), which mikolajczyk received 6 August: “you Have incorrect information. In the past four months, the situation in Warsaw has remained calm, except for a car bomb on a street corner Korikovoy”. At a time when the Soviet Union pretended that it operates in a completely different reality, the Prime Minister found it difficult to reach any agreements.

So, in Moscow, suppressed the Warsaw uprising. We can say that it failed before it started. A huge mistake was the hope of Soviet help. Stalin waited, seeking German arms to destroy the Polish underground, which could become an obstacle in establishing “people’s power”. The decision to start the uprising was not linked to the result of the negotiations Mikolajczyk in Moscow, and this resulted in tragic consequences.

Remembering the heroic fighting of the rebels, we should not forget about the factors that prejudge the ultimate fate of this national impulse. The trip of the head of government in exile in Moscow in late July, when the rebellion began, was the first step to defeat. In diplomatic terms, mikolajczyk became the victim of a cynical political game, which he could not affect. Favor of it learned only by those who, it was ruled by Stalin and Churchill. It was, perhaps, one of the most painful lessons of our history…